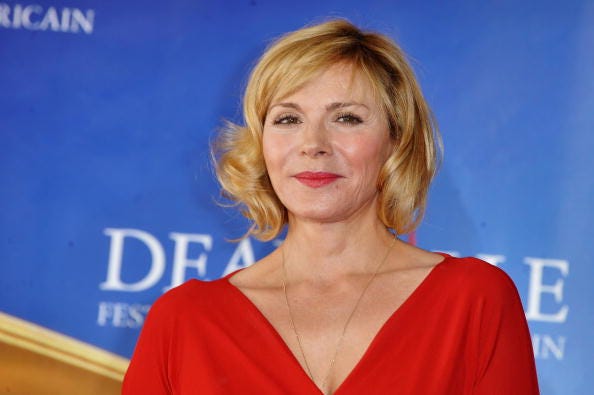 Nobody puts Samantha Jones in the corner!

After her tumultuous relationship with co-star Sarah Jessica Parker, Kim Cattrall is once again making it known she has no plans to ever reprise her Golden Globe-winning role in “Sex and the City.”

In a new interview, she reveals she felt bullied when she turned down being in “Sex and the City 3.”

“I went past the finish line playing Samantha Jones because I loved Sex and the City,” she told The Guardian. “It was a blessing in so many ways but after the second movie I’d had enough.”

Back in 2018, after it was rumored that everyone was on board for doing a new sequel, Cattrall suggested they should re-cast her character with an actress of color like Oprah, Sofia Vergara, or Tiffany Haddish.

“I couldn’t understand why they wouldn’t just replace me with another actress instead of wasting time bullying,” she reiterated to The Guardian. “No means no.”

After suffering personal tragedies, Cattrall discloses she’s now focused on only doing things she finds satisfying, which appeared to be a back-handed reference to "Sex and the City."

“Now I don’t want to be in a situation for even an hour where I’m not enjoying myself,” the “Mannequin” star said.  “I want to choose who I spend time with personally and professionally.”

While there had always been rumors of on-set catfights while filming the HBO series, things came to a head when Cattrall’s brother committed suicide in 2018.

After SJP offered her condolences, Cattrall was triggered and let her true feelings known in an Instagram post which stated: “I don’t need your love or support at this tragic time @sarahjessicaparker.” That’s worse than being dumped via Post-It!

My Mom asked me today “When will that @sarahjessicaparker, that hypocrite, leave you alone?” Your continuous reaching out is a painful reminder of how cruel you really were then and now. Let me make this VERY clear. (If I haven’t already) You are not my family. You are not my friend. So I’m writing to tell you one last time to stop exploiting our tragedy in order to restore your ‘nice girl’ persona. Copy and paste link https://nypost.com/2017/10/07/inside-the-mean-girls-culture-that-destroyed-sex-and-the-city/

Parker had previously said there was a “beautiful, funny, heartbreaking and very relatable” script for a new sequel, but Cattrall’s refusal to return killed any plans to revive the franchise.

I couldn’t help but wonder: What would “Sex and the City 3” have been like?