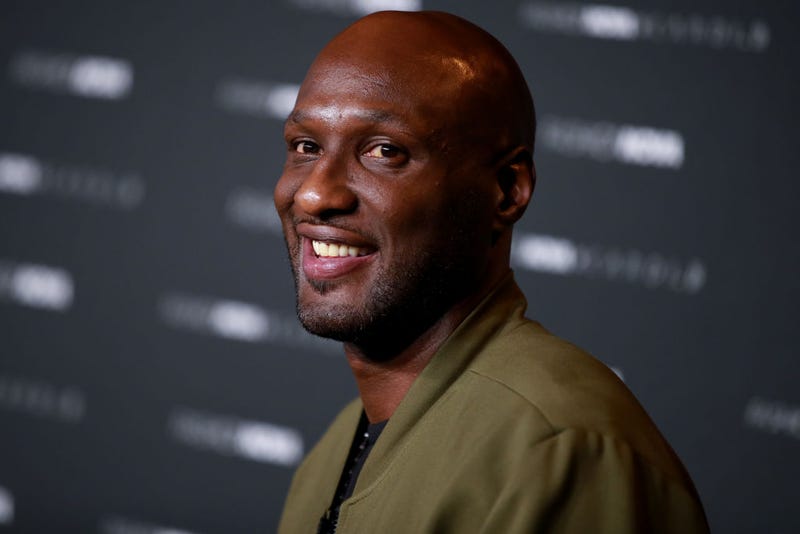 Emotions ran high on Monday's episode of "Dancing With the Stars” as a second celebrity contestant was eliminated. During the episode, the show said goodbye to Lamar Odom.

After the stars and their pro dancing partners performed in front of the judge, it was announced the former NBA player and Odom and “Queer Eye” star Karamo Brown were in jeopardy for elimination.

Odom and his partner Peta Murgatroyd earned a score of 20 out of 40 from the judges for their Viennese Waltz. Both performed to “Kiss from a Rose” by Seal.

The former basketball player’s elimination came right after country star Lauren Alaina revealed her cousin went into a coma before her performance.

“I had a crazy, crazy week,” Alaina, 24, told co-host Erin Andrews after dancing the foxtrot to “Jolene” by Dolly Parton. “My cousin Holly had a brain bleed and she slipped into a coma earlier this week. I went home and we missed a few days of rehearsals. And I was like really stressed and my family told me to come here and I want to dedicate the dance to you, Holly.”

Alaina and her partner Gleb Savchenko danced the Foxtrot to “Jolene” by Dolly Parton and received a score of 32 out of 40.

While Alaina shared sad news, James Van Der Beek announced that him and his wife Kimberly are expecting their sixth child. He told his partner Emma Slater that it did come with some heartbreak.

“We’ve had five kids. We’ve had three miscarriages in-between those,” Van Der Beek told Slater said.  “Miscarriage is something people really don’t talk about and we want to recognize that it happens to people. We wanted to destigmatize that as much as we possibly could,” he continued.

Just before Odom’s elimination, last week NFL star Ray Lewis announced he will no longer be on the show due to an injury. The former Baltimore Raven reinjured his foot while training for the cha-cha with his pro dance partner, Cheryl Burke.