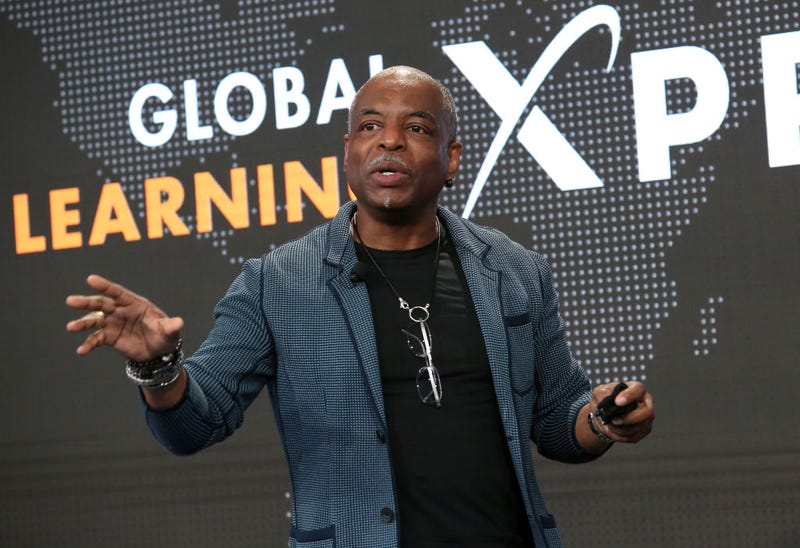 Even after a distinguished career as an actor and children’s television host, LeVar Burton, 64, is dying for that coveted role of permanent host on “Jeopardy!”

In an interview with the New York Times Magazine, the star admitted how even long before the sad passing of beloved host, Alex Trebek, in 2020, Burton was angling for the job.

As behind the scenes planning is whittling down impressive possible hosts, Burton was asked how he’d feel if he didn’t get the gig.

"It will hurt. I'm not going to lie," Burton said. "But if that happens, I will get over it. I will be fine. Remember: Everything happens perfectly and for a reason. That is my default. It's all going to be OK. Because it always is."

Not gonna lie, I feel like I’ve been preparing my whole life to occupy the @Jeopardy host podium when Alex retires. #Jeopardy https://t.co/N1HrMTCaYI

Burton has been a huge Jeopardy fan since long before Trebek took over the podium. Burton started watching when Art Fleming was slinging the answers in the 1960s and ’70s.

Burton soon went from watching TV to being an acclaimed face on it (actor in “Roots” and “Star Trek: The Next Generation,” and PBS’ “Reading Rainbow” host, 1983-2006). He’s also won a Grammy and multiple Emmys. But he always had this dream job sitting in the back of his mind.

"It's difficult to explain, but there's something inside me that says this makes sense," said Burton. "I feel like this is what I'm supposed to do. I have been watching 'Jeopardy!' more or less every night of my life since Art Fleming was host. 'Jeopardy!' is a cultural touchstone, and for a Black man to occupy that podium is significant.”

And once he publicly voiced his desire, his legion of fans agreed and petitioned multiple times to get him a shot. In April, Burton was finally announced as one of the possible new hosts who will get an extended tryout for the job. Famous names like NFL star Aaron Rodgers and Mayim Bialik (“Big Bang Theory”) are among those who will get an audition to host.

It’s not just that he’s a brainiac, Burton really loves the excitement of the long-running game show.

“I'm a storyteller,” said Burton, “and game shows are tremendous stories. There's a contest, there's comedy, there's drama. If you don't know your [expletive] on ‘Jeopardy,’ you're sunk in full view of the entire nation. The stakes are high. I love that."

You can see for yourself how Burton would be filling in on the role formerly held by Trebek when he guest hosts “Jeopardy” from July 26 to 30.

And hey, if it doesn’t work out and he needs to go drown his sorrows for a bit, he’s got that Ryan Reynolds gin gig to fall back on.