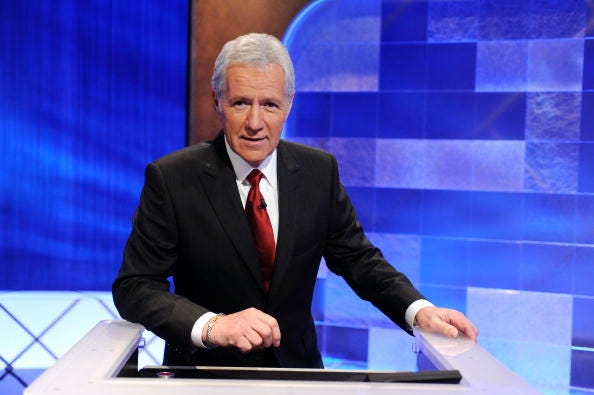 It was only a matter of time before someone came for James Holzhauer’s crown. Now, the “Jeopardy!” star may have met his match. New Mexico math teacher Jason Zuffranieri has gotten his “Jeopardy!” career off to a good start with a 19-day winning streak.

The silent killer has swooped in with a streak of impressive wins and $532,496 in earnings. Even Alex Trebek himself couldn’t help but applaud the contestant.

“Our new season has gotten off to a great start, I feel, thanks to our new contestant Jason,” Trebek says in a promotional video.

After hitting the $437,000 mark, Trebek announces, “In comparison, only two players, Ken Jennings and James Holzhauer, have won more money in a regular competition games on our program.”

He continues, “Jason is a force to be reckoned with.”

Another day, another record. Jason is now the 3rd-highest money winner!

Zuffranieri may have a ways to go before he touches the earnings of Holzhauer or Jennings, but his game is not off to a bad start.

“Jeopardy!” fans are stumped by Zuffranieri’s strategy, but they can’t help but notice him taking a page from Holzhauer’s book by starting off with high-valued clues – an unconventional playing style that has people on the edges of their seats.

No doubt, Zuffranieri has some tricks up his sleeve. “I thought about it, you know,” he said in an interview on the “Jeopardy!” website. “Those kind of [higher value] clues – competitors might be more timid to take those on early, so you can really make up some ground,” he revealed.

He’ll have to beat Holzhauer’s $2.4 million earnings and Jennings’ $2.5 million in order to be considered the current reigning “Jeopardy!” king.