Meghan Markle made a virtual appearance on “America’s Got Talent” to support her favorite contestant.

Archie Williams got a surprise from his biggest fan, The Duchess of Sussex, during Wednesday’s episode of the competition series.

Markle made sure to clarify that she wasn’t just rooting for him because he shares a name with her 1-year-old son but because his story inspired both her and Prince Harry.

"Just wanted to let you know that we've been so moved by your story and we've been cheering you on every week and it's not just because we're partial to the name,” she began.

She added: “So, a very special message to you that I'll probably be saying all of my life, but on this night it's specifically for you: Archie, we are proud of you and are rooting for you, we can't wait to see what you do. We're in your corner, have a good night.”

Since he first stepped on the “AGT” stage, Williams amassed a dedicated following not only due to his vocals but also his impressive life story.

The 59-year-old revealed that he was wrongly convicted of aggravated rape and attempted murder in Louisiana when he was 22. 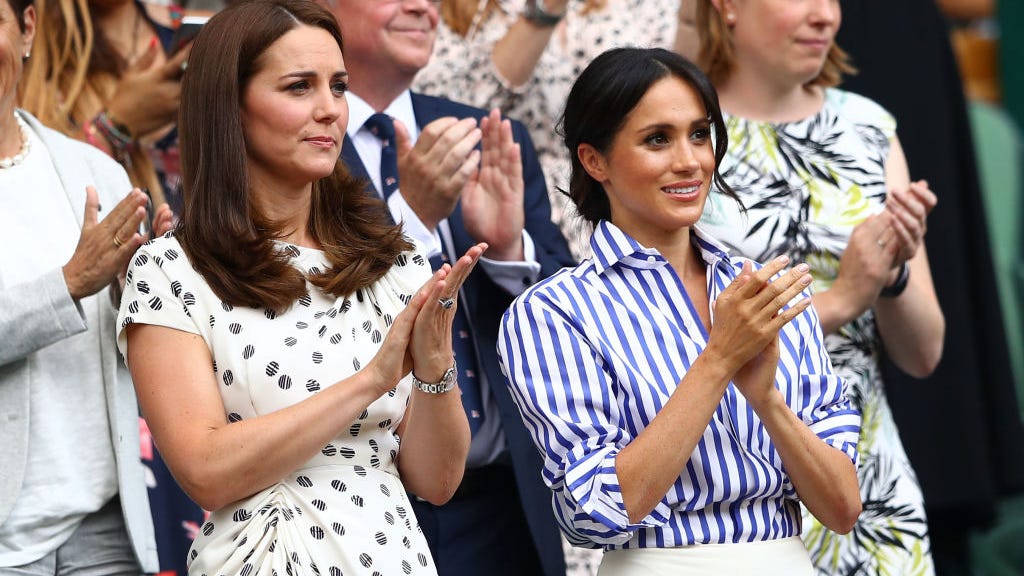 Meghan Markle and Kate Middleton Through the Years: An Evolution of Their Fab Fashion

With the help of the Innocence Project, his case was overturned after fingerprints of a serial rapist were found at the scene of the crime and he was released in March 2019. But not before serving more than 36 years in prison for a crime he didn’t commit.

“I knew I was innocent, I didn’t commit a crime. But being a poor Black kid, I didn’t have the economic ability to fight the state of Louisiana,” he explained at the time of his audition.

“Days turned into weeks, into months, into years and into decades. It’s like a nightmare,” he added.

When asked what gave him the strength, Williams told host Terry Crews that he “went to prison, but I never let my mind go to prison.”

“When you’re faced with dark times, what I would do was pray and sing. This is how I got peace,” he added.

Williams’ performances, including his cover of Elton John’s “Don’t Let the Sun Go Down on Me,” moved the judges to tears.

“Archie, I will never, ever listen to that song in the same way ever again,” judge Simon Cowell said.