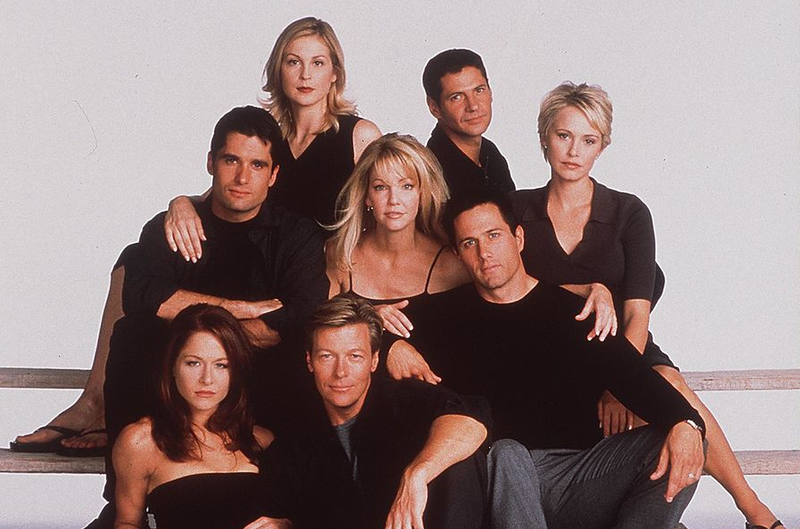 The gang of “Melrose Place” is back together again!

The cast of the '90s prime-time soap opera reunited just in time for the holidays.

Fortunately for fans, they even snapped an epic photo.

On Tuesday, Daphne Zuniga shared the photo of her and former castmates,Josie Bissett, Laura Leighton, Doug Savant, Andrew Shue, Courtney and Thorne-Smith, on Instagram with the caption, "Ran into some friends in New York!"

The cast met up for a night out at Ralph Lauren’s Polo Bar.

Bisset couldn’t contain her excitement earlier in the day and shared a throwback photo of the cast writing, "Can hardly wait to see this gang in #NYC tonight!”

She revealed that the group was in the city for a special taping of "Good Morning America."

“Tomorrow we will be taping an interview on (Airs Dec 9th, I think) @goodmorningamerica," she wrote before adding that remaining co-stars like Heather Locklear, Grant Snow, and Marcia Cross weren’t able to make the reunion.

The CW’s 2009 reboot with a brand new cast didn’t share the same level of success, and the return of a few original cast members wasn’t enough to save it from becoming a one-hit-wonder.

Is it too soon to start asking Santa for a reboot featuring the original cast?

We’re in the golden age of reboots, so even a limited-run series like the recent "BH90210" reunion on FOX would be welcomed by fans.

Zuniga didn't shut down the possibility of a reboot during an interview with The Wrap.

She said the cast would consider it if the “writing was good.”