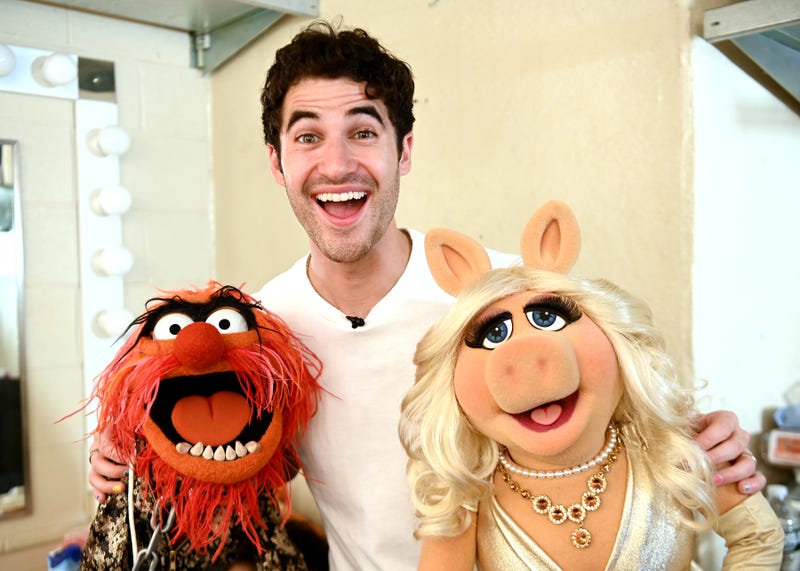 As we settle into October, the chill of fall sets in as well. It's perfect for autumnal activities like apple picking or hayrides.

But it's also optimal for hunkering down on the couch, huddled under your blanket of choice with your favorite people and watching something spooky... or not.

Whatever your preference, we have some ideas for you. Here's what to watch this weekend!

Would you spend a night in Disney’s Haunted Mansion? Most people with sense would say no, but Gonzo the Great is definitely not most people.

Gonzo, Pepe the Prawn, and the whole Muppets gang lead a star-studded cast including Will Arnett, Taraji P. Henson, Darren Criss and John Stamos. Will it become a Halloween classic? Time will tell, but the trailer looks like frightening fun. Streaming on Disney+ beginning Friday.

Oscar Isaac and Jessica Chastain star in HBO’s remake of Ingmar Bergman’s classic miniseries about a doomed marriage. While the script may not measure up to Bergman’s original, Isaac and Chastain’s chemistry is a reason to watch them in anything. If you have HBO Max, you can easily binge the series before Sunday’s finale. Currently streaming on HBO Max. Series finale streams Sunday.

It’s silly stuff, but the New Day is always fun to watch, and the interactive aspect lends itself to at least a couple of watches. Currently streaming on Netflix.

A woman in an assisted living facility becomes convinced a supernatural force is killing the residents. Her only options are to convince everyone