“Sesame Street” is celebrating Autism Acceptance Day with new content from Julia, the first muppet with autism who made her debut on the children’s series in 2017.

Much of the feature will focus on Julia’s relationship with her brother, Samuel, and addresses “learning to play together.”

She also said audience will “see those differences being celebrated, but you also see the commonalities that children and families share with each other -- especially siblings.”

Happy #AutismAcceptanceMonth! Today we are proud to expand our See Amazing in All Children initiative with new resources, digital videos, and a new special episode featuring our friend Julia! #SeeAmazing pic.twitter.com/0jPxBcB8wJ

Einhorn revealed that the theme behind the new content is “superheroes” explaining that "siblings of children with autism are often the unsung superheroes in a family.”

“You see Samuel in action, but you see a range of who he is. He's not just this perfect helper. He has a life and he has conflicts, but you also see him being an extraordinary support to Julia, having a really important role in the family ... as everyone in the family It does, including the family dog, Rose,” she explained of the content. 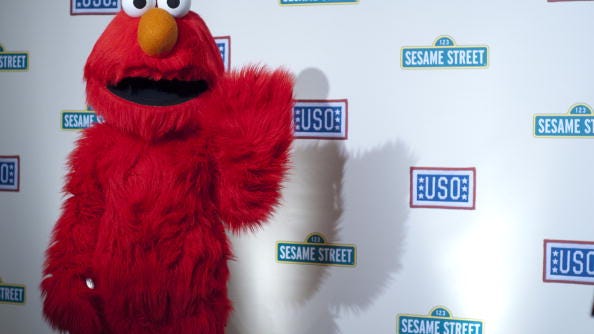 “Sesame Street” developed the project with families with autism in mind.
Along with the new content, they will also have resources and activities that will be available for free in English and Spanish.

The series teamed up with Exceptional Minds, a non-profit digital arts school for young adults on the autism spectrum, to bring Julia’s drawings to life.

In 2020 the CDC determined that approximately 1 in 54 children is diagnosed with an autism spectrum disorder, according to AutismSpeaks.