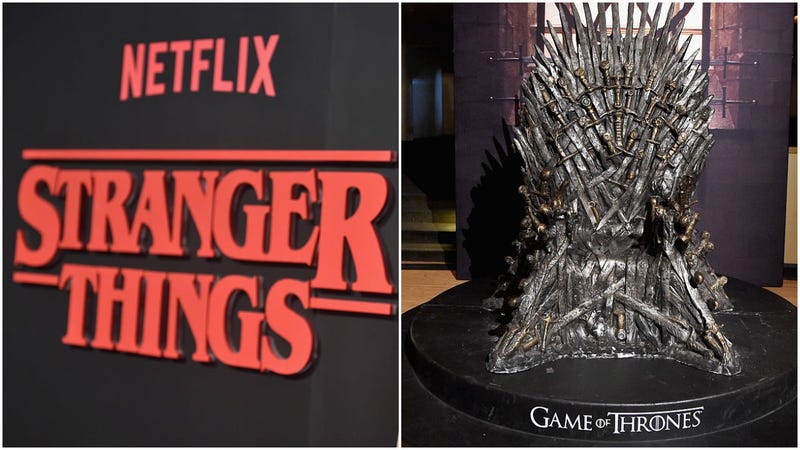 Winterfell has been captured after all. All hail "Stranger Things"!

The popular Netflix hit won Show of the Year award at the 2019 People's Choice Awards.

"Stranger Things" was nominated alongside "Game of Thrones," "The Big Bang Theory," "Grey's Anatomy," "Riverdale," "This Is Us," "The Walking Dead," and "WWE Raw."

"Thank you guys. Thank you so much to the fans. This award means so much to everyone who works on the show," McLaughlin said

"Thank you so much to our castmates, everyone in the crew, Netflix and of course Matt and Ross Duffer. We can't wait for you guys to see season four," Schnapp said. "Thank you!"

The fourth season of "Stranger Things" is in the filming stages, and Netflix is already giving us a preview of the first episode!

The season was announced in September where a short teaser hinted at a departure from Hawkins, Indiana, but the Upside Down was still present.

The announcement was made nearly three months after the release of the show's third season on July 4. The first glimpse at the new chapter for the series ends with an ominous note, saying, "We're not in Hawkins anymore," as a bell rings out.

The announcement for another season for the hit show comes with another set of news of a new overall deal creators The Duffer Brothers have inked with the streaming service.