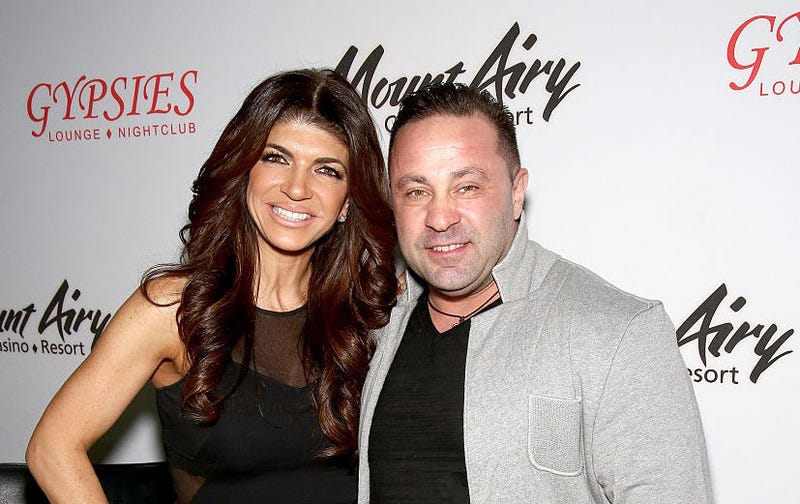 Despite being held in custody of the Immigration and Customs Enforcement, Joe Giudice is proving to be a major part of the upcoming season of “Real Housewives of New Jersey.”

In a trailer for the Bravo series’ 10th season, the 49-year-old is heard getting into a heated argument with wife Teresa Giudice, reported People.

Your #1 Jersey girls are back for an incredible season when #RHONJ premieres Wednesday, November 6! For more info: https://t.co/WV2MIQW5aW pic.twitter.com/NBAg52bcaO

While talking on the phone, Joe airs out the couple’s dirty laundry in front of their oldest daughter, Gia.

“Alright, like I even wanted to get married? No,” he says emphatically to Teresa.

The mother of four understandably doesn’t take the news very well and turns to her 18-year-old to say, “See what I get?”

Not wanting to be dragged into their drama, Gia fires back, “That’s your personal business with my father. So enough!”

Teresa’s marital problems don’t end there as she gets accused of cheating by fellow Housewife Margaret Josephs.

“Teresa is cocktailing it up all night with some young guy,” Josephs says as footage shows Teresa dancing with a man who is not her husband.

When Teresa hears of the rumors, she explodes.

“Who said I was cheating?,” the 48-year-old says to co-stars Jackie Goldschneider and Melissa Gorga, before denying having an extramarital affair by hurling expletives.

Teresa’s marriage has been under constant strain ever since Joe started his 41-month prison sentence for fraud in 2016. He was released in March, but has been in the custody of ICE while awaiting a decision on his ongoing deportation battle.

Joe, who was born in Italy and never became an American citizen, faced deportation after being convicted of a felony.  While his multiple appeals have been denied, he’s currently waiting for the court’s final decision.

Prior to Joe being sent away, Teresa served 11 months in federal prison and was released in 2015.

To hear more from your favorite Housewives of New Jersey, you can listen to two RADIO.COM podcasts - Kathy Wakile's "Eat Live Love Indulge with Kathy Wakile" or "The LookOver Ladies" with Jacqueline Laurita.