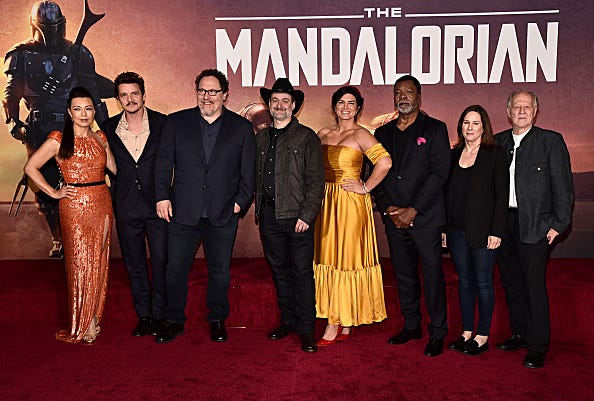 Baby Yoda has beaten the Demogorgons!

Disney Plus’ breakout hit “The Mandalorian” has toppled a formidable rival having overtaken “Stranger Things” to become the most-streamed television series in the United States, reported Business Insider.

'The Mandalorian' dethroned 'Stranger Things' as the top streaming TV show in the US, breaking its 5-month streak https://t.co/u7DmaJEmZ0

For the week of November 17 to November 23, “The Mandalorian” received 100 million demand expressions, which is the audience measurement being used to express the  total desire, engagement, and viewership for a title, according to Parrot Analytics.

In contrast, the Netflix ‘80s sci-fi series had 81 million demand expressions. This is the first time in 21 weeks that “Stranger Things” did not hold down the top spot.

With the popularity of “The Mandalorian” on the rise, it’s no doubt in part responsible for Disney Plus scoring 10 million subscribers within one day of launching on November 12th.

"Your reputation was not unwarranted." #TheMandalorian, now streaming on #DisneyPlus. pic.twitter.com/irMjVYeHdm

"While demand is a metric that should not be confused with subscriber numbers, this is a strong indication that the 'Star Wars' series is driving a lot of sign-ups to the recently-debuted Disney Plus service," a rep for Parrot Analytics said.

Another thing driving the success of the Star Wars live-action series is the lovable character being dubbed ‘Baby Yoda’ because of his similar appearance to the film franchise’s iconic 900-year-old Jedi master.

In actuality, the character is referred to as ‘The Child’ on the series and has become a viral sensation.

But because Disney wanted to keep his identity a secret so as not to spoil anything for viewers, the studio didn’t have any official “Baby Yoda” merchandise for sale prior to the show’s launch.

Fans hoping to score some Baby Yoda toys or action figures for Christmas will have to wait a little while longer. Hasbro previously stated there won't be any toys featuring the character’s likeness until 2020.