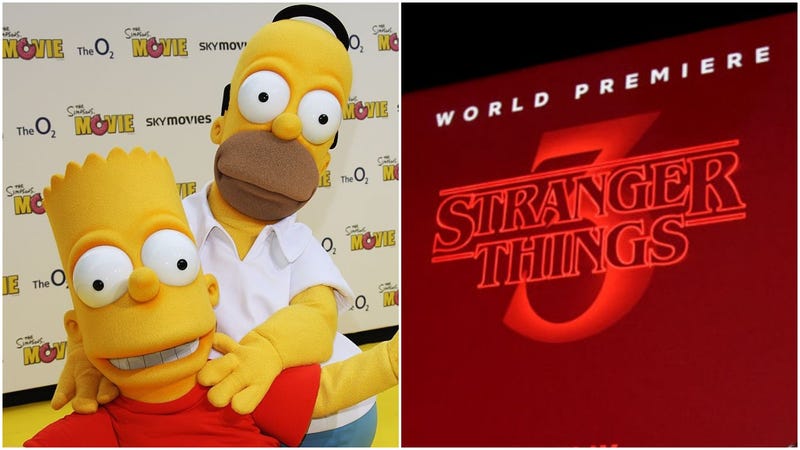 “The Simpsons” went trick-or-treating in the Upside Down this year.

The long-running animated Fox series is now in its 31st season and parodied “Stranger Things” for their annual Halloween-themed “Treehouse of Horror” episode, reported the New York Post.

In the segment entitled “Danger Things,” Lisa Simpson takes on Millie Bobby Brown’s role of Eleven with the character’s trademark short hair from season one, psychic powers and bloody nose.

While Millhouse assumes the role of Will Byers from the Netflix series and is similarly trapped in the “Over/Under,” their version of the Upside Down.

Playing his usual bumbling self and not a character from the original sci-fi show, Homer steps up to fend off monsters in the Over/Under.

Stranger things have happened but, uh, we can't think of any. #TheSimpsons pic.twitter.com/ciL4DiwSiD

“Mr. Burns opened a portal to another dimension that released a lot of monsters,” Homer explains at one point. “It’s all part of a secret government program . . . to find monsters.”

This was the 30th edition of the Fox hit’s annual “Treehouse of Horror” episode. The tradition began during the show’s second season and typically features three separate self-contained segments in the episode.

In addition to the “Stranger Things” parody, the Springfield crew also mocked the 1978 Warren Beatty film “Heaven Can Wait” in “Heaven Swipes Right.”

Speak of #TheSimpsons and we shall appear... NOW on @FOXTV! 😈😈😈 pic.twitter.com/LDEj38Gs7r

The third segment took aim at “The Shape of Water” but gave it a “When Harry Met Sally” twist and called it “When Hairy Met Slimy.”

And with it also being the show’s 666th episode, the opening featured a tribute to 1976 horror classic “The Omen.”

Fans that missed this year’s “Treehouse of Horror” can stream it for free on Fox.com.