2021 is going to be all about the girl power when it comes to who will host!

They're back! Tina Fey and Amy Poehler, both "Saturday Night Live" alums, will return to their hosting duties for the 2021 Golden Globes.

It has been one week since the 2020 awards show was seen by millions, but the focus has already changed with the announcement of Fey and Poehler both hosting.

CNN Entertainment reported that NBC Entertainment confirmed the news. The chairman of the company, Paul Telegdy said they "couldn't wait any longer to share the great news." 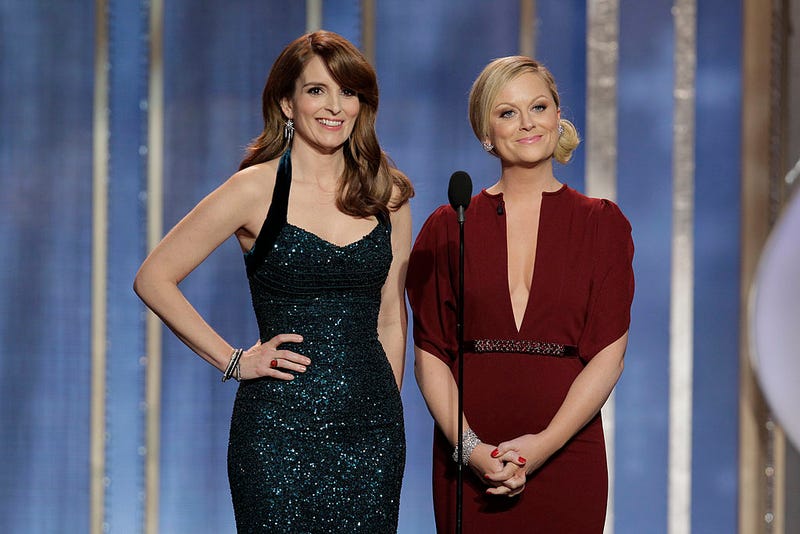 Both Fey and Poehler co-hosted the Golden Globes together from 2013 to 2015. When the real life friends hosted in 2013, CNN reported, the night received the biggest ratings in six years.

“NBC has long been the home to two of the funniest people on the planet — Tina Fey and Amy Poehler — and we didn’t want to wait any longer to share the great news that they’ll be hosting the Globes once again,” NBC Entertainment chairman Paul Telegdy said in a statement.

As some of us may already be excited for the 2021 show, the Golden Globes kicked off 2020 with a bang!

“1917” walked away the biggest winner of the night, beating out Scorsese’s highly favored “The Irishman” for best drama film.

There were no end of shocking moments last Sunday night, from the awkward to the hilarious to the downright emotional.

While Gervais recently expressed regret at one joke he made while hosting in the past, this year Gervais did what he did best on his fifth time hosting: making the room groan a little. One hilarious standout was when he poked fun at Leonardo DiCaprio’s habits of dating younger women. "Leo DiCaprio attended the premiere [of “Once Upon a Time in Hollywood”] and by the end, his date was too old for him," the host said before the camera turned to Leo laughing.

While we now know Poehler and Fey will be hosting, no date has been set yet for the 2021 Golden Globes.