The “Wheel of Fortune” host said Trebek is holding up well during his battle with stage IV pancreatic cancer.

While speaking with US Weekly during a Carnival Lines event, White said that “he’s doing good. He really is.” 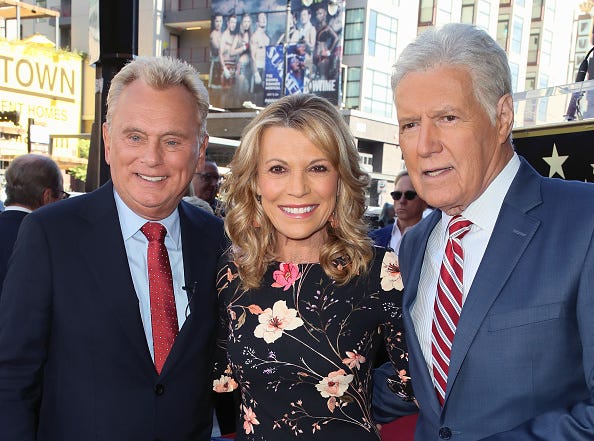 “He looks good. I talked to him recently and he’s got a very positive attitude,” she said in the interview.

White commended the “Jeopardy!” host for his bravery and for being transparent about his battle saying, “I love that he’s honest and open with his fans, because he’s been doing the show for a very long time also and feels very connected to all of his fans and viewers.

“He is definitely keeping everybody updated on how he’s doing, and I am so proud of him. He’s still working, he’s obviously doing chemotherapy but working through it, and has that strong will to, as we say, the show must go on,” she told the publication.

White and Trebek have been friends for years and even appeared on each other’s respective game shows.

The 79-year-old revealed his cancer diagnosis in March of this year.

Despite undergoing his second round of chemotherapy, Trebek remains dedicated to his hosting duties and has no plans of stepping down.

Meanwhile, White has temporarily assumed host duties on “Wheel of Fortune” as her partner, Pat Sajak, recovers from surgery.

Last month, the longtime host canceled a taping to undergo emergency surgery for a blocked intestine.