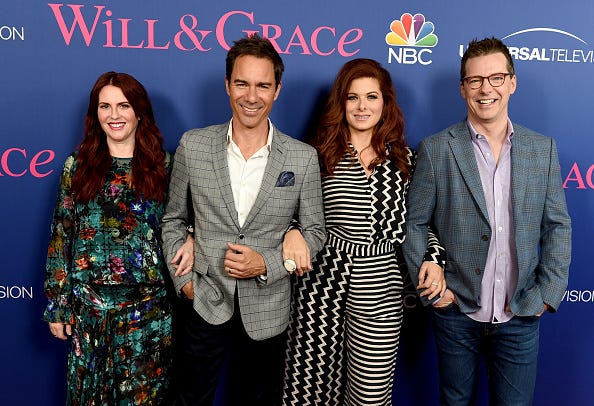 The rebooted sitcom will be closing the curtains on an iconic apartment complex, home to fictional characters Will and Grace. The stars of the show are taking to social media with their thoughts on the show’s closing.

Debra Messing was one of the first to post to Instagram, featuring a photo of herself and Eric McCormack (Will) sitting on the couch and reading their scripts.

“It’s really happening,” the star writes. “The curtain is coming down on Will & Grace after 11 seasons. A whole lotta life was lived in that apartment. And that laughs. Thank God for the laughs,” she continued.

The photo shows Messing and McCormack surrounded by moving boxes and luggage in what appears to be a very packed up apartment. “Almost all packed up. Savoring every last minute,” Messing writes.

According to Today, the show’s creative team announced earlier this season that they had come to a mutual decision to end the rebooted series.

Messing took to Instagram back in July with the initial news of the show’s closing, writing, “It was only supposed to be 10 episodes, but because of you, the fans, it has turned into 3 YEARS.”

Actor Sean Hayes also took to social media with his closing remarks, tweeting, “One last ride… #WillandGrace.” The tweet featured a photo of the clapperboard marking their final episode.