The importance of Juneteenth is finally being recognized by the masses, and it’s about time. For those who don’t know what Juneteenth is and what it commemorates here is a brief history lesson.

Juneteenth (June 19) is an annual celebration for the end of slavery in the US. The holiday commemorates a specific date - June 19, 1856, the day federal troops arrived in Texas to ensure that all enslaved individuals were freed. However, this did not instantly free all slaves as it only applied to places under Confederate control. The direct notification came two years after president Abraham Lincoln issued the Emancipation Proclamation, finally becoming a reality. By the end of 1865, the 13th amendment was ratified to formally prohibit slavery throughout the United States. 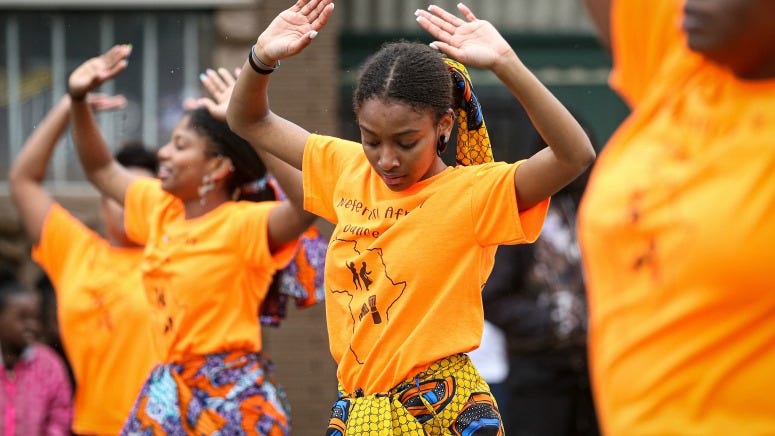 Juneteenth: Why the 155-Year-Old Holiday Is Now in the Spotlight, Amid ‘Black Lives Matter' Protest

Juneteenth marks a date of major significance in American history, however it is still not recognized as a national holiday. In recent weeks, in the wake of national protests over the police killing of George Floyd, Juneteenth has gained renewed prominence and momentum to make it an official U.S. holiday.

While we wait for Congress to catch up, the day’s significance still carries on. As the traditions of celebration vary for each individual, we wanted to share how a few of our favorite artists have chosen to honor the day in their own way.

Just last week Teyana Taylor debut the tracklist for her new album, set for a release date of June 19. Teyana explained her decision to do so in an self-written article for Billboard.

“As many Blacks continue to fight for racial equality and justice from police brutality, Friday (June 19) will serve as a day of celebration within the African American community in honor of Juneteenth, a day commemorating when slaves were declared free in the state of Texas following the conclusion of the American Civil War."

For Teyana Taylor, not only will she celebrating the significance of the day, but also the arrival of her highly anticipated project, The Album.

She continued to elaborate on what it means to her, releasing her new LP on today of all days. “With releasing the album on Juneteenth, it's important because if you noticed the lead singles that I led with were ‘Made It’ and ‘We Got Love.’ So I've always been here. I've always been about us being celebrated and celebrating my culture and my people. For everything to happen, from my album getting delayed and it falls perfectly on Juneteenth, yes, it's a celebration.”

In a thread of early morning tweets Taylor Swift disclosed that she and all her employees will take Friday (June 19) off to celebrate Juneteenth, pledging to take the day to rededicate herself by learning and listening. Additionally she thanked the site The Root for letting her repost a video justifying precisely why the annual celebration of the end of slavery should become a national holiday.

“Happy Juneteenth! I want to thank @TheRoot and @RhapsoDani for allowing me to post this video about the significance of today, June 19th, and why it should be celebrated as a National holiday.”

Happy Juneteenth! I want to thank @TheRoot and @RhapsoDani for allowing me to post this video about the significance of today, June 19th, and why it should be celebrated as a National holiday. https://t.co/7yjwh4Lddg

“Personally, I’ve made the decision to give all of my employees June 19th off in honor of Freedom Day from now on, and to continue to educate myself on the history that brought us to this present moment.”

Personally, I’ve made the decision to give all of my employees June 19th off in honor of Freedom Day from now on, and to continue to educate myself on the history that brought us to this present moment.

Throughout the month of June, Selena Gomez has been using her social media as a platform to voice support for the Black community, urging people to take Juneteenth to have conversations with their family and friends about the importance of Black Lives Matter.

And Thursday she humbly expressed gratitude on a post on Instagram, “I want to thank all of the amazing people that took the time to speak to us directly. I am blown away with your knowledge, eagerness to teach and commitment to ensuring Black voices are not silenced.”

Adding, “Educating ourselves is the first step if we hope to make any progress in bringing an end to systemic racism…We need to acknowledge that social, political and economic discrimination against Black communities continues to exist. There is a deep pain that needs to be healed. Unless this is recognized history will continue to repeat itself over and over.”

She reminded her followers that “tomorrow is Juneteenth…” and implored them to “please take the day to have conversations with your family and friends about the importance of 'Black Lives Matter' and how we all need to join together to ensure equality and justice and then continue these conversations every day!” ⠀ ⠀

She closed out her thoughts by saying “this is just the beginning and we will continue to hear from other Black voices and as well as other marginalized communities I am committed to doing the work and I hope you join me.”

While Teyana chose to honor through the power of music, and Swift and Gomez through the importance of listening and learning, Usher chose the path of the written word, penning an essay for the Washington Post about the day’s significance, and why it is important for it to become a national holiday.

Throughout the piece Usher explores the origins of the Black Lives Matter movement, the barbaric acts of slavery and “the resilience of our people.” Bringing the past to light with a history lesson and a retelling of the circumstances surrounding June 19, 1865, the date that honors the official end of slavery and the true “date of independence for our people, black people.”

Juneteenth should be celebrated as the day when all Americans were liberated. It’s a day that should unite all Americans, not divide them. “And it should be a national holiday,” her writes, and should be “observed by all Americans.”

Usher doesn’t stand alone on the matter, as of 2020, 47 states and the District of Columbia has passed legislation recognizing Juneteenth as either a state holiday or a day of observance. On Thursday, California Democratic Senator Kamala Harris announced that she along with Sen. Cory Booker (D-N.J.), Sen. <