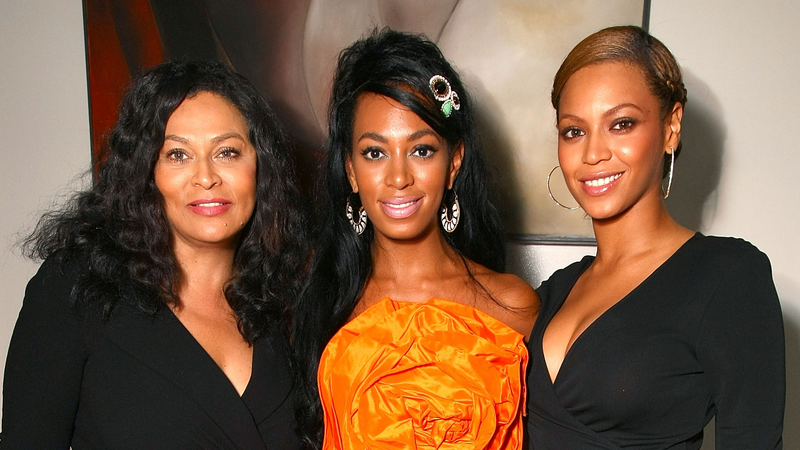 While Juneteenth re-gained recognition last year after the resurgence of the Black Lives Matter movement, Tina Knowles-Lawson, mom of GRAMMY award winning artists Beyoncé and Solange, said she's celebrated Juneteenth "ever since I could remember.”

Appearing on CBS This Morning, Tina spoke about the importance of the holiday and in particular - why she wants to raise awareness for it.

Saturday marks #Juneteenth, the holiday commemorating the end of slavery in the U.S.

To honor the day, @Facebook has teamed up with Tina Knowles-Lawson, @Beyonce and @solangeknowles' mother.

Tina Knowles-Lawson joins us to discuss what the holiday means to her family. pic.twitter.com/pQjSEE3fAU

“When I was a child, ever since I could remember, we always celebrated Juneteenth. It was a day that you went to the beach,” she said of celebrating in Galveston, Texas.

"When I got older, I was able to go to Houston to Emancipation Park, and they have big beautiful parades there," she added. "We've always celebrated; it's always been a very important holiday.”

Tina’s hometown of Galveston is the place where federal troops arrived in 1865 to ensure all enslaved people were freed by  President Abraham Lincoln's Emancipation Proclamation that freed enslaved African Americans in rebel states 2½ years earlier. The day is also known as Freedom Day or Emancipation Day and is celebrated on June 19.

Knowles-Lawson continued by noting that when she moved to California she was surprised that so many people didn't know about the holiday.

"There's a lot of history that's kind of been hidden. And a big part of that is that there were by 1866, there were 19,000 black soldiers that fought for our freedom as well," she said. "And I think that's important for us to know because we've been told differently. And it's just one more thing of how the vital part that we played in the history of this country and helping to build this country has been changed. Everyone needs to know the truth.”

"I absolutely always knew that it was an honor to be a Black person. This is what my parents taught me. We should have pride and just feel very honored by that," she said. And passing on that knowledge, tradition and feeling to her daughters was of utmost importance to Tina.

“And so I was careful to impart that message to my children as well to surround them with African American art and images that they didn't obviously see on TV or around as much as they should have, she admitted. "That's up to us parents to impart that knowledge to our children and pass it on.” Expressing, “My kids celebrate the 19th of June. They always have and they always will.”