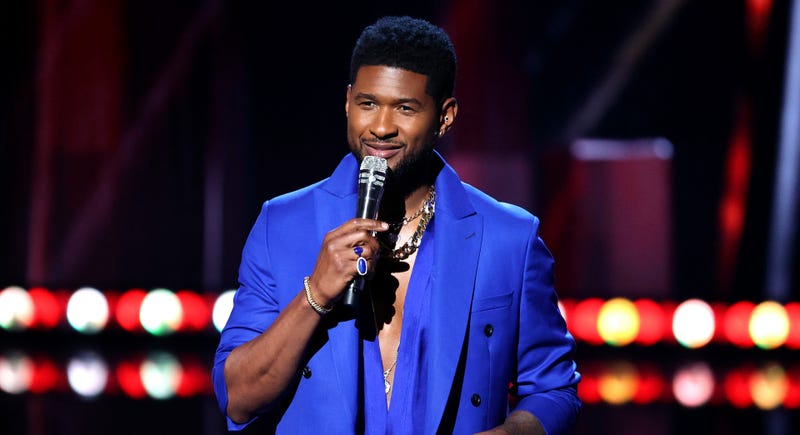 It was a moment for the history books and Usher wasn’t about to miss it!

The 42-year-old singer could be seen among many others at the White House on Thursday night as President Joe Biden officially signed a bill, resulting in Juneteenth becoming recognized as a federal holiday.

Usher posted a play-by-play of the event via his Instagram story and also shared some favorite photos from the event to his page. One posted photo shows him embracing Vice President Kamala Harris, with another showcasing a big hug from activist Opal Lee, who is lovingly referred to as the ‘grandmother of Juneteenth.’

The “Yeah” singer wasn’t the only one to share the excitement of the event on social media, several lawmakers also took to their accounts to share photos at the historic event with Usher.

I’ve gotten to know Ms. Lee over the last few years, and have followed her leadership. Her persistence and joy is absolutely infectious. This is a celebratory picture with me and Ms. Opal Lee & @Usher, himself a passionate advocate for Juneteenth. Usher & I were starstruck. pic.twitter.com/4PBD4NO7jz

Growing up, I never imagined Usher Raymond would photo bomb me at the White House before the President made #Juneteenth a federal holiday. pic.twitter.com/05lVgrCJ9j

Thanks @Usher for lending your voice to the momentous movement to make #Juneteenth a national holiday.

Black history is surely American history and we can’t change the future if we can’t acknowledge the past. #OurPowerOurMessage ✊🏾 pic.twitter.com/YYWkyPeobd

Exactly one year ago, Usher authored an opinion-editorial piece in the Washington Post titled, “Why it’s so important that Juneteenth become a national holiday.”

The singer used the opportunity to educate readers on the history of Juneteenth, promote change and equality, and share his personal experiences as an activist working to make it a national holiday.