While parts of the country begin to reopen, it’ll still be some time before music fans can attend concerts the way they were accustomed to. Shortly into the pandemic, a pair of industry professionals got to work on crafting safety measures

As reported by Billboard, Steven Adelman and Jacob Worek of the Event Safety Alliance have released a 29-page guide outlining recommended guidelines venues follow upon reopening.

"As I looked around the empty streets outside my condo, it became apparent that the small event spaces that were going to get to open first would not have the foggiest idea how to do that safely," Adelman told Billboard on how the pair were inspired to create the project. 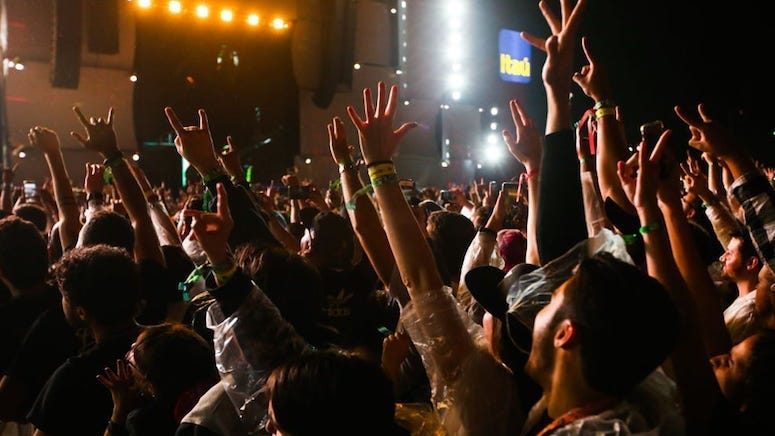 How to Get Ticket Refunds on Postponed Concerts

Adelman and Worek crowd-sourced over 400 tour promoters, managers, Ticketmaster employees, caterers, and Irish-fair organizers to help craft their guidelines. One of the main challenges in creating this document was ensuring all types of spaces were covered. Whether it’s a small event space that fits up to 50 people or a venue accommodating thousands of people, there’s a wide variety of factors to take into consideration.

"They're going to miss stuff because they never had to think about it before," Adelman says. "Everybody wants to keep their stuff clean and in good shape, but my goodness, to avoid transmitting COVID-19 and killing people - that's a lot to lay on somebody who's a theatre manager who's used to wearing all black and Dickies shorts 12 months out of the year."

"Just knowing how to do what you've always done - that's not going to cut it at all," he added.

While companies like Live Nation are testing crowdless shows and drive-in concerts, some venues across the country are gearing up to reopen, with one Arkansas venue set to hold the first socially-distanced concert on May 15.

You can view the Event Safety Alliance’s entire reopening guidelines here, but below are a few recommended guidelines for venues to follow.

* Hand-washing every hour, as well as after sneezing, mopping, smoking, eating, drinking and other select activities.

* Stagger lines into venues so patrons don't have to cluster in lines.

* Temperature screening for every customer.

* Employers must provide paid sick leave. When employees can't stay six feet away from others, they should form work teams "in which people routinely work together, but they keep their distance from everyone else."