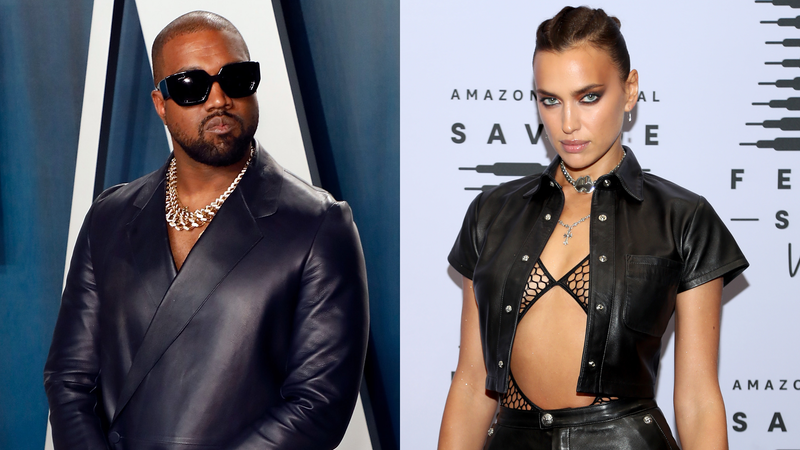 Lets just call this the year of unexpected celebrity couples. The latest pair to join the list, which currently includes Pete Davidson and Pheobe Dynevor and Kourtney Kardashian and Travis Barker — is apparently Kanye West and Irina Shayk. Which leaves us with a whole lotta questions and so few answers.

So in the meantime, while we wait to find out the how, why, when and wtf, and since we already know all about the Kanye and Kim Kardashian dramz, we decided to take this opportunity to help those not in the know, get better aquatinted with the Russian supermodel that reportedly has Ye saying Yay!

Modeling since 2007, Shayk gained mainstream success in 2010 appearing in a campaign for Armani Exchange. Coincidentally, that very same year, the model starred in West’s Marco Brambilla directed music video for “Power,” which is when and where the two first met. From there, Shayk graced the covers and pages of noted publications including GQ, Complex, Glamour, V and Sports Illustrated, for which she was the cover model for the 2011 Swimsuit Issue.

Throughout her career Irina was linked to Portuguese soccer start Cristiano Ronaldo. The two called it quits in January 2015 and by spring of that year Irina had started dating actor Bradley Cooper.

By 2016, she was walking the high fashion runways for Miu Miu, Bottega Veneta, Marc Jacobs, Moschino, Burberry, Versace, Givenchy, Diane Von Furstenberg and more. She even walked in the Victoria's Secret Fashion Show while 6 months pregnant with her baby girl Lea de Seine Shayk Cooper. Cooper and Shayk dated for 5 years, officially splitting in June 2019. Since their split Irina hasn’t been linked to anyone else romantically, that is until now.

According to every celebrity gossip aficionado Irina and Kanye were spotted spending time together in Provence, France, to mark the musician's 44th birthday, and there are photos to prove it. The pair are seen walking the grounds of a luxury boutique hotel accompanied by a group of people, because of course paparazzi captured it all. Soon after, additional images surfaced of the rumored couple arriving back in the States via private jet.