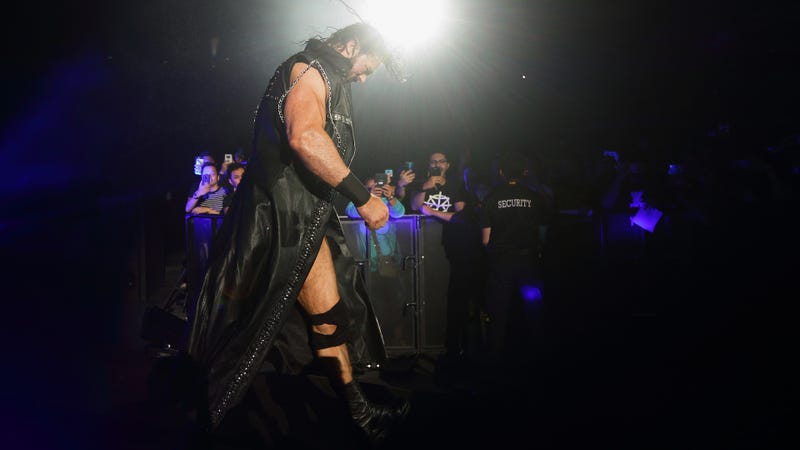 The kilt has been around for centuries, but if you’ve started to feel like it’s becoming more commonplace these days, you’re not alone.

Could 2021 be the year of the kilt? WWE superstar and longtime kilt expert Drew McIntyre joined Audacy’s Stryker & Klein to explain the benefits of it and why he thinks it’ll catch on.

“I’m surprised it took this long to be honest,” McIntyre said when asked if he thought the kilt would become a fashion trend. “The Scots have known for hundreds and hundreds of years how comfortable the kilt is and allows your daily activities to get taken care of a lot easier.”

“It’s nice and breezy. If you’re truly Scottish, you obviously don’t wear underpants. I can’t say enough nice things about it. Just don’t do a handstand!”

Here’s a look at some of the world’s biggest stars that have endorsed it by rocking a kilt.

Harry Styles always looks like he's having a great time, but it’s amplified when he’s in a kilt.

Harry Styles wearing a kilt and loving every second of it
~a thread~ pic.twitter.com/c8HAnlFenr

Korn frontman Jonathan Davis has worn a kilt for a long time and can often be seen in concert wearing one.

Then there’s Lil Nas X. Do we really need to say anything else? He’s rocking one with ease.

i will be on the tonight show with jimmy fallon to talk about stuff and things. watch it or don’t idc it’s your choice. u should watch it tho lol... or don’t. but yeah pic.twitter.com/IdmuEerMYF

So if you find yourself inspired to go out and get a kilt, go for it. As McIntyre said though, don’t do a handstand.