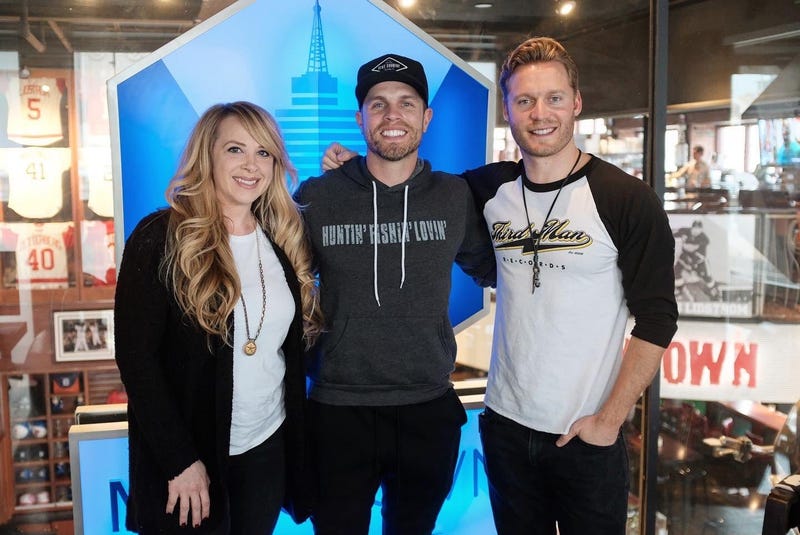 Dustin Lynch headlined a show at the Fillmore Detroit last week, and beforehand, stopped by MusicTown for a pre-party and interview with 99.5 WYCD's Rob & Holly Show.

During their chat, it was revealed that the "Ridin' Roads" singer has more than one connection to the Motor City, including a friendship with a pretty well-known player for the Detroit Red Wings - Dylan Larkin!

After spotting Larkin's #71 jersey on the wall of HockeyTown Cafe, Lynch explained how the two of them met and became buddies.

"He comes out to a lot of shows...[we're] just mutual fans of each other," Lynch told host Rob Stone. "He's been down to Mexico with us for [Luke Bryan's] Crash My Playa. We've had a lot of great memories together."

It was also revealed during the interview that Lynch happens to be from the same hometown as 104.3 WOMC's Beau Daniels - which is also the namesake of Lynch's new album, Tullahoma.
Beau sent Rob & Holly with a list of Tullahoma, Tennessee trivia questions to test Dustin's hometown knowledge, and we'd say he fared pretty well!

Check out the entire interview below and hear "Ridin' Roads" now on 99.5 WYCD!