It's been 21 years since the first episode of "Law & Order: Special Victims Unit" premiered, and stars Mariska Hargitay and Christopher Meloni are still thick as thieves.

The two co-starred in the series as detectives Olivia Benson and Elliot Stabler before Stabler's exit from the show in 2011. They have remained close friends through it all, and are looking towards a new series in which the characters reunite.

"Law & Order: Organized Crime" will premiere on April 1 on NBC, but until then, the two are reminiscing about how they got to where they are today. 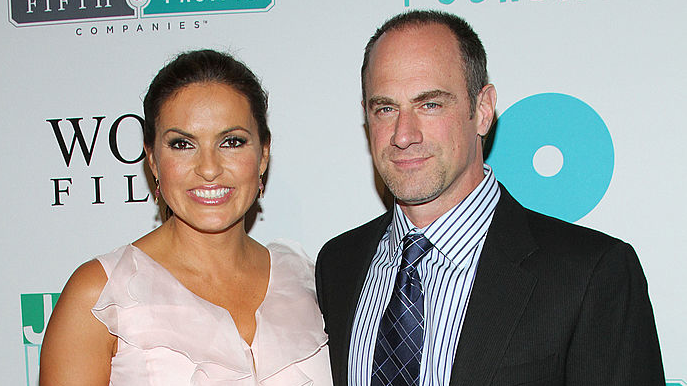 "It happened at the screen test," Meloni said to People. They both "walked into the screen test, me telling her a story, and we get up onstage in front of all the suits, and we're just so engaged," he continued.

Hargitay knew instantly that Meloni was the one she wanted to work with. "I walked in, saw him, and I went, 'That guy. That's the guy.' It went deep, very fast. We both knew that it was something big," she said.

"I won't say that I fully understood it, but I knew that meeting him was important and life-changing. My father, my husband, ['Law & Order' creator] Dick Wolf and Chris are the four pillar men in my life. And that happened early," she continued.

"The birth of his first child and being privy to his amazing, solid relationship with his wife, before I had that for myself - I think that Chris and Sherman played a really big role for me, to see this really stable couple that loved each other," Hargitay says of the couple.

"He's this man who is as solid as a rock, and who is that rock in his relationship," she adds. "And I got to lean on it when I needed to. It was like family."

As for the new series? Working with Hargitay is like riding a bike for Meloni. "It was Pavlovian: Ring that bell, and you get right into Stabler and Benson," Meloni said.