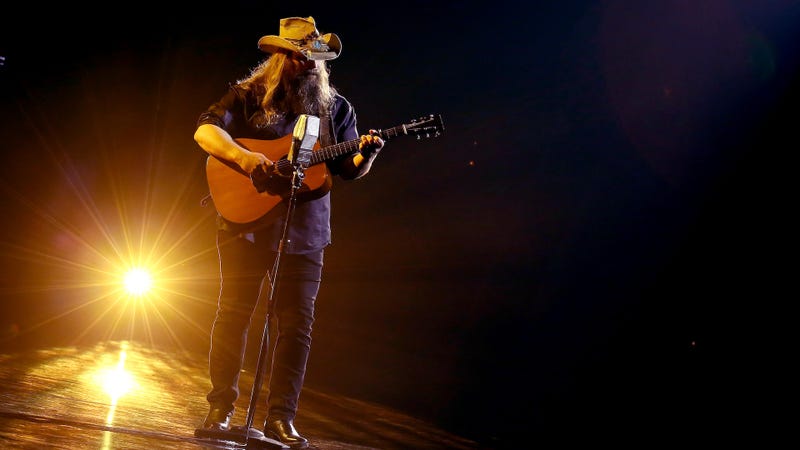 Chris Stapleton is without a doubt an artist that will go down in history. With his soulful, rock approach he is often compared to some of the greatest musicians from times past, and we wonder… does he ever feel like he’s living in the wrong time period?

“HAH!” Stapleton laughed when asked that question by Audacy’s Rob + Holly. “I had somebody tell me one time that my music sounded dated and I said ‘I’m OK with that, so long as the date is 1978!’”

He continued, “I don’t know that I feel like I’m from the wrong time period, but I certainly have an appreciation for all the music that has come before and influenced me, and so many other people.”

Stapleton continued on the explain he often strives to create music that is timeless.

“Thats the goal,” he explained. “It’s for somebody other than me to say, but it’s the goal to create something that can stand the test of time and is just as nice to listen to today as it will be 40 years from now.”

We’re all for that, especially if it means Stapleton has plans to keep performing and bringing us new music 40-somthing years from now, like some of his biggest idols, one being Willie Nelson.

“Well, first of all, I hope I live to be 85-years-old,” Stapleton said in response to whether or not he had plans to perform in his senior years. “If I do and I’m able, I don’t see why not.”

He continued, “I imagine, if my hands are still working and I can stand or sit on a stage and squeak something out, I imagine I’ll play some.”

This is the news we’re here for — Long live, Chris Stapleton!