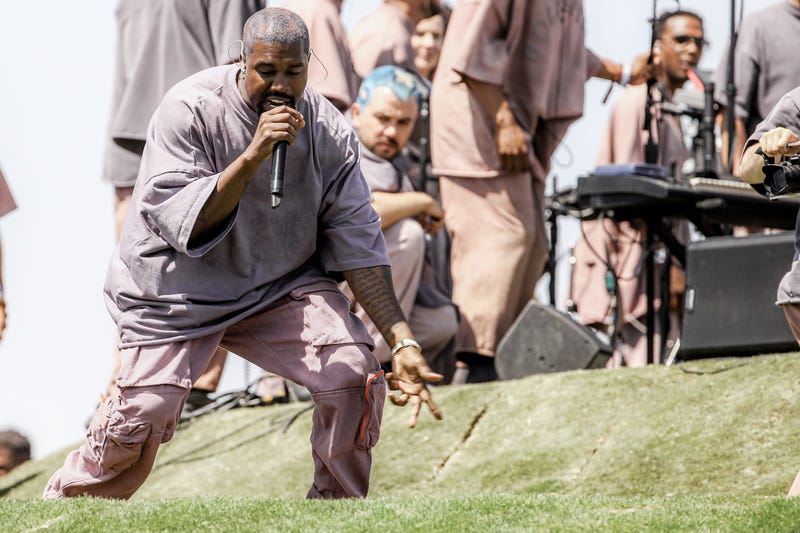 Kanye West, who legally goes by Ye now, has begun churning out a follow-up album to his tenth studio album, DONDA.

Keep up with all things Ye with Audacy's Kanye West Radio, now streaming on Audacy

The rapper’s 2021 certified gold project earned Ye a GRAMMY nomination for Album Of the Year, and now the artist is back to work on “DONDA 2.”

Steven Victor, the chief operating officer at West’s G.O.O.D. Music and the senior vice president of A&R at Universal Music Group confirmed with Complex that Ye is back in the studio. “Ye has started working on his new masterpiece, Donda 2,” explained Victor.

As of now, there is no release date or explicit details for the follow-up project, however, if and when Ye drops the album it would become the artist’s first sequel album in his discography.

Notorious for holding on to unreleased projects and unabashedly swapping release dates to scrupulously fine-tune his craft, fans of Yeezy should be prepared to hold tight and keep in mind that the rapper often jumps to new projects with seemingly more gravitas.

Last week a video took off showing Ye in the studio with Scarface. The viral moment ignited fans’ curiosities about possible features and left followers eager to see if Drake and Kanye would reunite after recently squashing their beef and their live performance together at Kanye’s Free Larry Hoover benefit concert.

DONDA debuted in late August of 2021, after multiple extraordinary listening opportunities that left both fans and critics on the edge of their seats. In July and August Ye hosted three high-profile listening events for the project, where many expected the album to drop subsequently. However, DONDA arrived as a surprise at the end of the month, simply just appearing on streaming platforms.