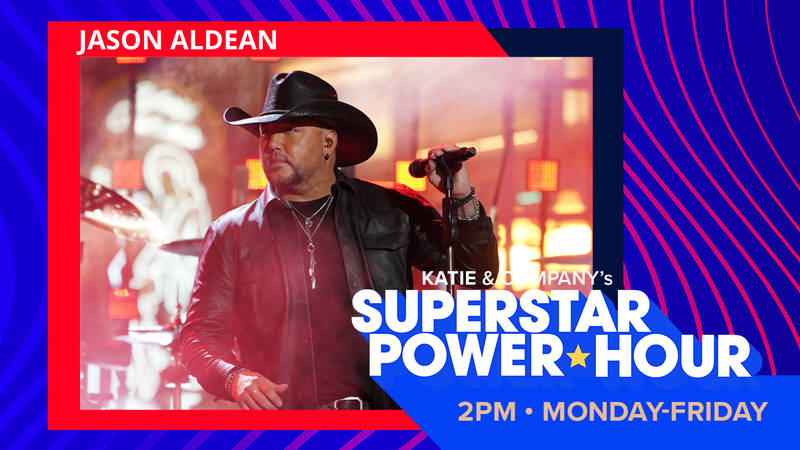 Audacy's Katie Neal welcomes Jason Aldean to our airwaves as this week’s co-host for the Superstar Power Hour on all your favorite Audacy Country stations nationwide.

Fresh off his wins at last week’s CMT Music Awards in the Collaborative Video of the Year and Music Video of the Year categories, Jason is humbled by his continued success in Country music and is ready to keep the momentum rolling.

On top of his big wins, Jason also took the outdoor stage in the middle of Nashville’s famed Broadway strip alongside Bryan Adams to perform Adams’ hit, “Heaven.” The performance was a re-creation of the first time they performed the song together as a part of CMT Crossroads in 2014. The pair were drenched as it rained during their performance, but the gloomy weather created a special magic that mirrored the pair’s brilliant vocal performance.

Jason’s solo version of “Heaven” is included on his most-recent album, Macon, which also includes his highly-popular duet with Carrie Underwood, “If I Didn’t Love You.”

Jason was recently revealed as one of the hundreds of performers set for CMA Fest this June. The festival returns to Nashville June 9-12 after 2 years of postponement due to the pandemic.