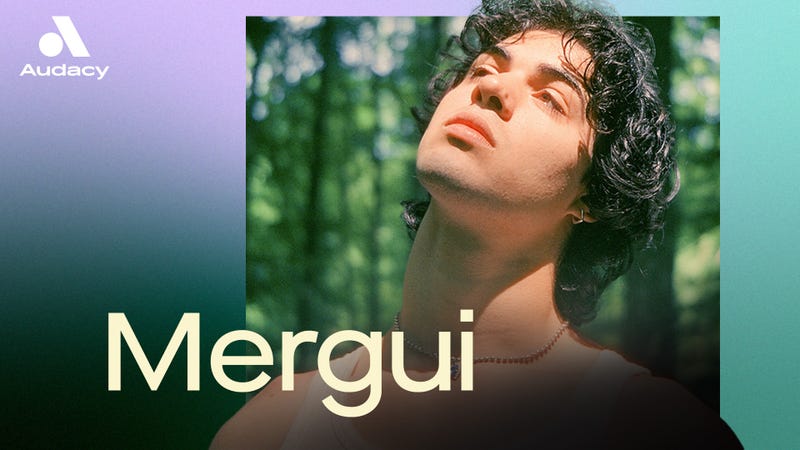 Israeli superstar Mergui recently stopped by the Audacy studios to chat with Mike Adam all about his brand new EP Dark Side of The Rainbow and making his mark in the U.S.

Currently living in L.A., though he likes the city vibes of New York City better, Mergui admitted that when it came time to switch up languages and go from singing in Hebrew to English, the task wasn’t too troublesome. “I don’t know for other people, well other foreign people, I grew up with songs in English,” the Rising Star singer said. Adding, that he’s pretty much been listening to these kinds of songs his whole life.

As every 18-year-old in Israel does, Mergui fulfilled his military duty directly after placing second in the signing competition, throughout which he got to “go from North to South” and “perform” at various army bases, which he refers to as his first tour.

Now at 22, Mergui’s focused on living out his dream, which starts with making his mark in the U.S., the first step of which was releasing his first EP, Dark Side of The Rainbow.

In it Mergui wades through his past relationship, a process he found to be very “therapeutic,” he says, diving into “the last three years of my life,” and “everything I went through,” including “my last, very complicated relationship.”

Explaining to the audience the dynamics of his past, very public, “power couple” relationship with another famous Israeli artist, Mergui shared how the media would get involved, making things quite difficult.

“I actually wrote some of the songs while I was in the relationship, and when it ended, like a few months after it… I released my first single, ‘Sucks To Know You.’”

Mergui and Mike went on to talk about what he looks for in a significant other, performance nerves or lack-there-of, what U.S. artist he’d love to work with, and so much more -- all before he performed an acoustic set of a few of his songs, including “Sucks To Know You,” “Lie Like This,” and “Paradise.”

Be sure to check out the entire interview above.