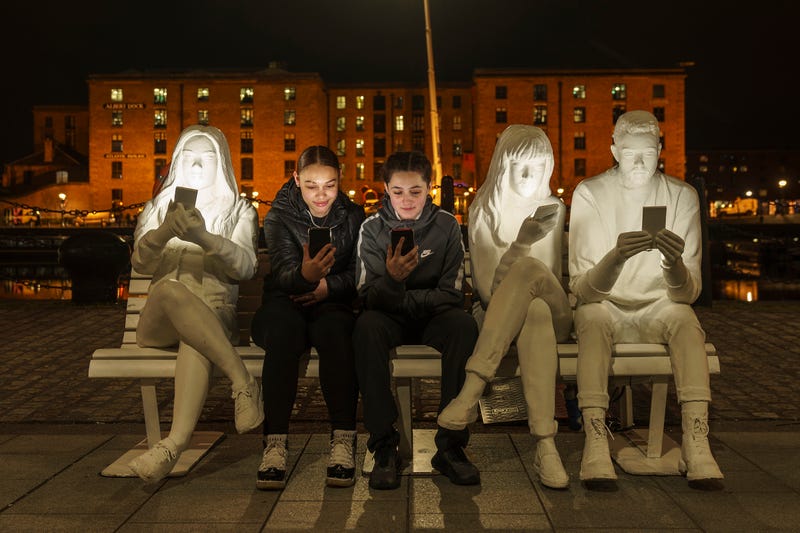 A pair of teens sit with their smartphones by an exhibit in Liverpool, England. Photo credit Christopher Furlong / Staff / Getty Images
By Juliana Clark, WWJ Newsradio 950

A new study from MyVision.org indicates that parents are letting their children play with technology at progressively younger ages and for longer periods of time.

Almost 1 in 4 parents allow their children to play with technology by their first birthday or younger. For context, the American Pediatrics Society recommends children under the age of five have less than one hour per day of screen time.

Many parents believe the pandemic is in part to blame since the majority of the public's screen time has increased. About three out of five survey respondents say their kids are influenced by their technology usage, primarily in a negative way.

The American Academy of Child & Adolescent Psychiatry warns spending increased screen time can lead children to a host of unhealthy behavior, like substance abuse, mood problems, and poor self-image. Experts recommend setting a good example for healthy screen habits and talking to your child about what they're seeing online. 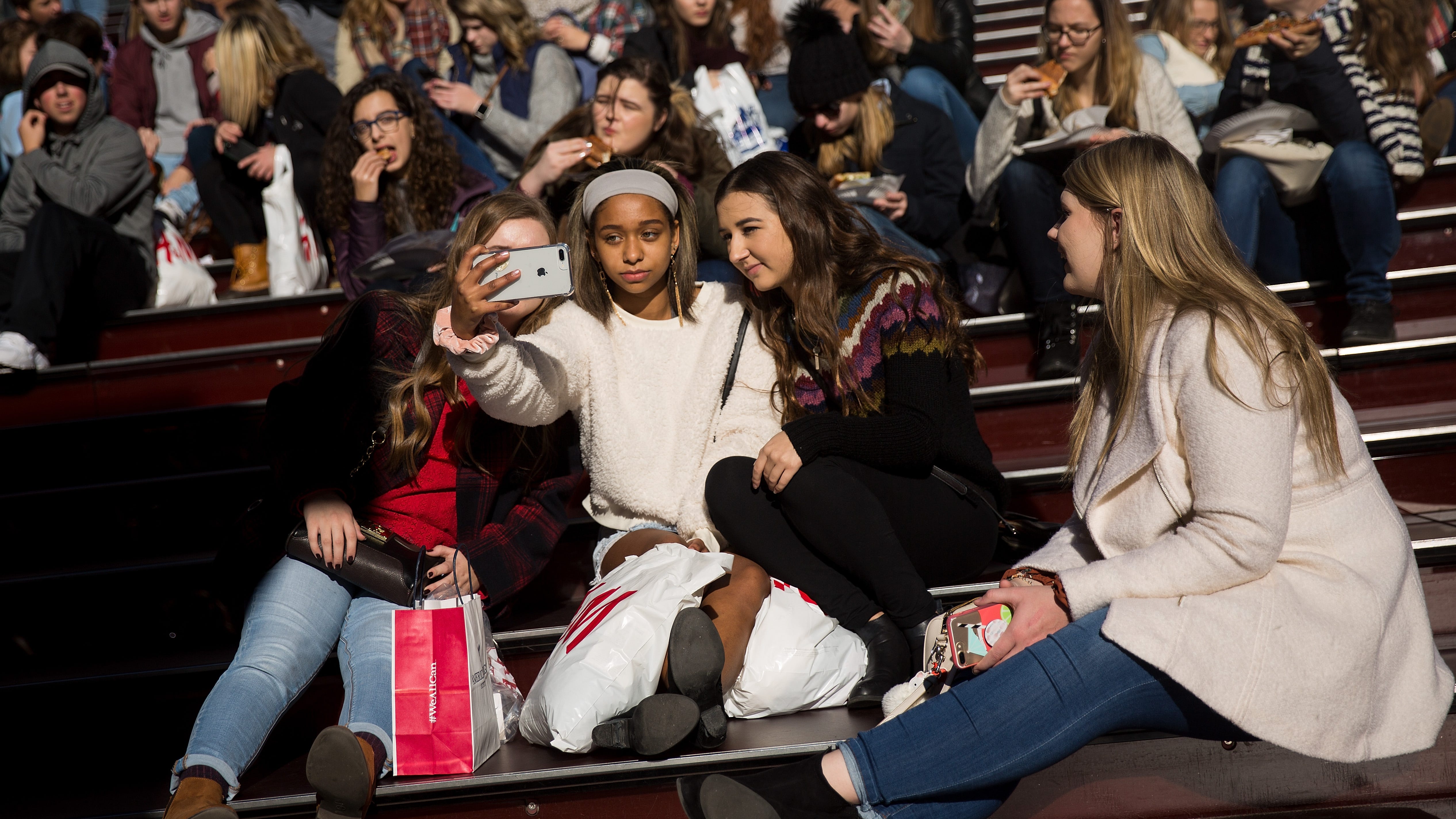 Snapchat lets parents see who their kids are talking to in new feature Police say problem of kids with guns is "out of control" in Detroit — What can be done to stop the violence?