The 2022 NBA Draft order is officially set after Tuesday night's lottery results were revealed in Chicago. The balls bounced in favor of the Orlando Magic, winning the No. 1 overall pick for the fourth time in franchise history.

Now the question that begs to be asked is who will the Magic select with the first overall pick? If you watched college basketball this season, there wasn't one guy who could distinguish themselves as the No. 1 guy in the draft class. At times, Gonzaga's Chet Holmgren seemed to be the unanimous choice, flashing moments of brilliance and displaying undeniable range for someone his size. Other times, Duke's Paolo Banchero and Auburn's Jabari Smith looked the part.

If history were any indication of who Orlando may select, the Magic have used all three of their No. 1 picks to take a big (in 1993 they took Chris Webber but traded him for Penny Hardaway.) Holmgren may not be the physical specimens that both Dwight Howard and Shaq were but the 20-year-old center from Minnesota has the shooting ability that Howard and Shaq could only dream about, shooting 39% from deep in college.

As scouts start to take their first real evaluations of the players in this year's draft class, we at Audacy Sports will take our first stab at where college's top players will land in the first round. 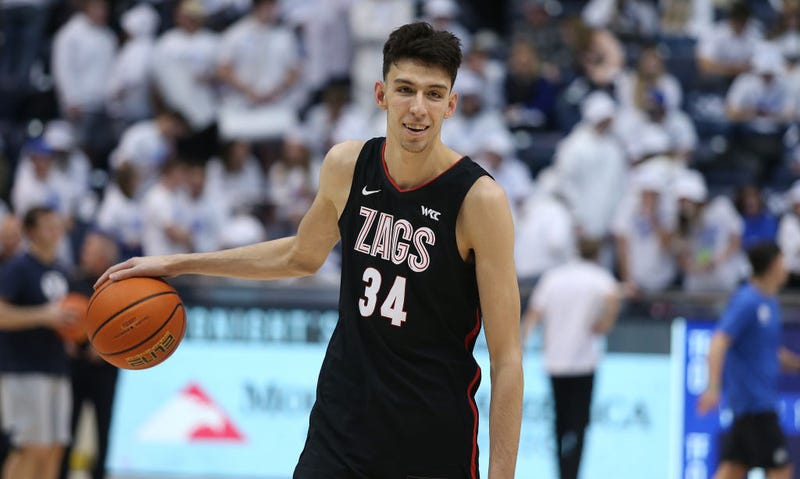 The Magic land a 'unicorn' in Chet Holmgren with the No. 1 pick Photo credit Getty Images

Chet Holmgren follows in Shaq and Dwight's footsteps in Orlando

Jabari Smith may end up going No. 1 when it's all said and done but Holmgren heading to Orlando would make too much sense. The current front office in Orlando is the same group that drafted Giannis for Milwaukee and has been known around the league to be obsessed with "wingy" and "lengthy" players. Holmgren fits that description to a tee, being a legit 7-footer, weighing only 190 lbs and also has a reported 7-foot-6 wingspan which made him college basketball's fiercest rim protectors'.

The real downside to any team drafting Holmgren would be his skinny frame. Although guys like KD and Giannis are destroying defenders in the NBA with their lanky frames, Holmgren doesn't possess the ability to put it on the floor and run the point like those guys do. That means he will have to go up against larger post players which many scouts view as a concern. Despite that, Holmgren was an elite shot-blocker in college (3.7 a game) and if he could add a bit more muscle and weight to that frame, he could be a force in this league.

Another interesting note from the first top-five picks is Kentucky's Shaedon Sharpe. The Canadian product -- unlike everyone else in the draft -- has not suited up one minute overseas, in college or even in the G League. As the No. 1 recruit in the 2022 high school recruiting class, Sharpe skipped his last semester of school to enroll early at Kentucky with the idea that he would train with the team and then be the go-to guy come next season. That would all change once his name was getting discussed as a clear-cut lottery pick, thus leaving the school and declaring for the draft.

Sharpe could team up with another Kentucky product in DeAaron Fox, making for a young formidable backcourt. Watching some of his high school clips, Sharpe is great off-the-dribble and can play tough defense and is not selfish for touches. 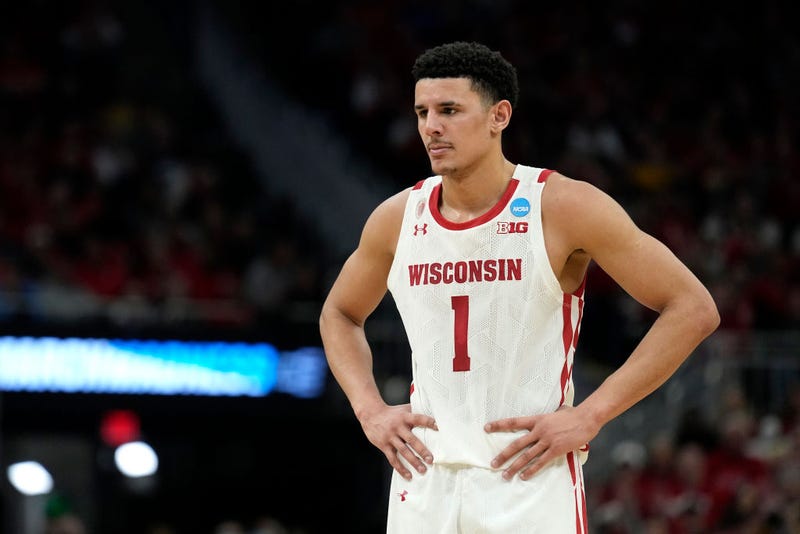 Jose Alvarado has completely turned his career around in New Orleans. From being undefeated and grinding his way in the G-Leauge to becoming a defensive pest in 2022, Alvarado seems to be a solid backup to CJ McCollum -- who himself is playing the best ball in his career since being traded out of Portland. The Pels still could use one guard and Johnny Davis would be the perfect addition.

As Big 10 Player of the Year, Davis can get it done on both sides of the floor, having the ability to be a playmaker and is able to knock down the mid-range shot with ease. One concern in Davis' game is his range, (shooting 42% from the field and only 30% from 3) which could be problematic but can certainly be worked on once he gets to the league. If you were to pair him with either McCollum or Alvarado, teams will have a tough time dealing with either of those pairings. Once Zion comes back, the Pelicans can be in a prime spot to win a lot of games come next season-- thus potentially being enough to keep Williamson happy and willing to stay in New Orleans. 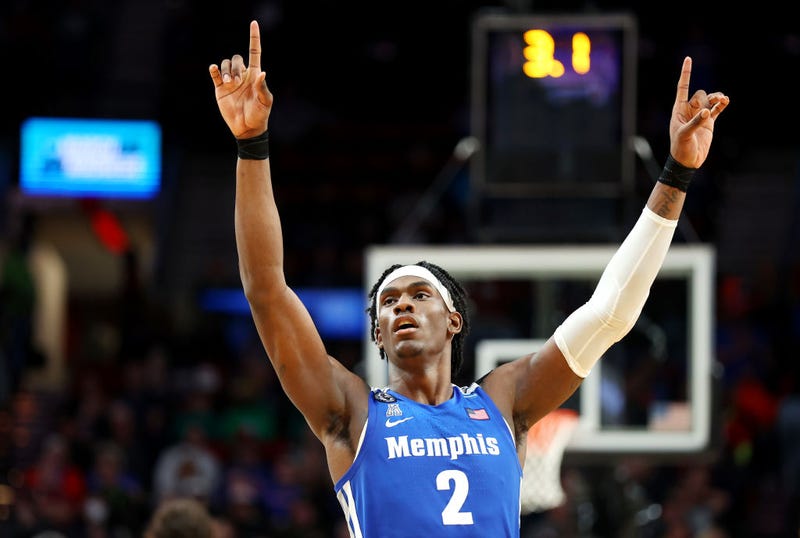 The wingy center out Memphis heads to NYC

The Knicks killed any momentum left from their 2021 run in the postseason by following it up with a 37-45 season that had them barely missing out on the play-in tournament. Mitchell Robinson is a free agent, Nerlens Noel can't stay healthy and it seems as though Julius Randle was a one-hit-wonder in New York. Adding another big like Jalen Duren can be beneficial and a smart move. He has elite athleticism, with the ability to defend the rim with his massive 7'5" wingspan, and can also be effective guarding the perimeter for someone of his size. Not to mention drafting Duren would be a cost-effective option if the Knicks front office decides to pursue another playmaker.

At Memphis, Duren averaged 11.9 PPG with 7.5 REB and 2.2 blocks. Duren still has a lot of work to do on offense, having little to no real outside shooting ability and lacks any back-to-the-basket game. That wouldn't be too much of an issue since the Knicks wouldn't really rely on him to be a go-to scoring option, especially if he can develop into a DeAndre Jordan type of player who can protect the rim and be an athletic force on offense. 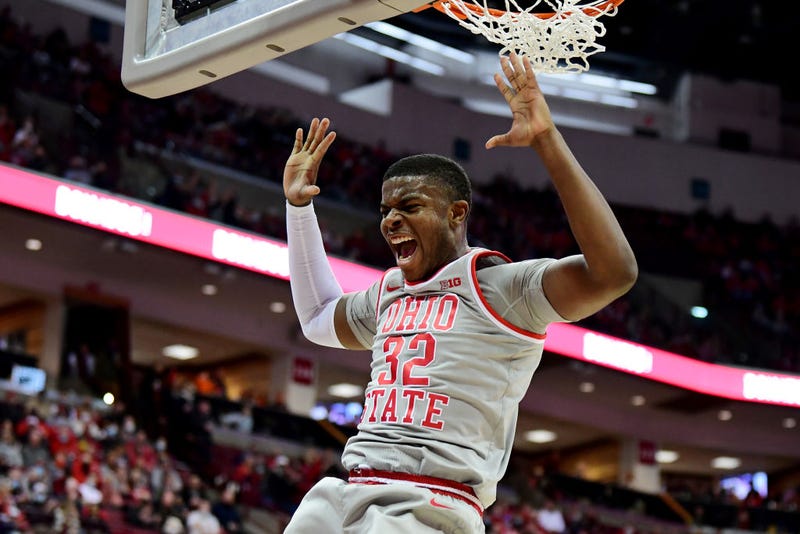 Earlier in the first round of our mock draft, the Rockets drafted Paolo Banchero, pairing him up with their emerging young star Jalen Green. Houston has a solid young core but still needs a lot of help on the wing and E.J. Liddell could be the guy they're looking for. During his junior season at Ohio State, Liddell improved dramatically as a shooter (49% from the field and 37% from 3) and as a perimeter defender. Although his age works against him (22), going back to school paid dividends for Liddell. 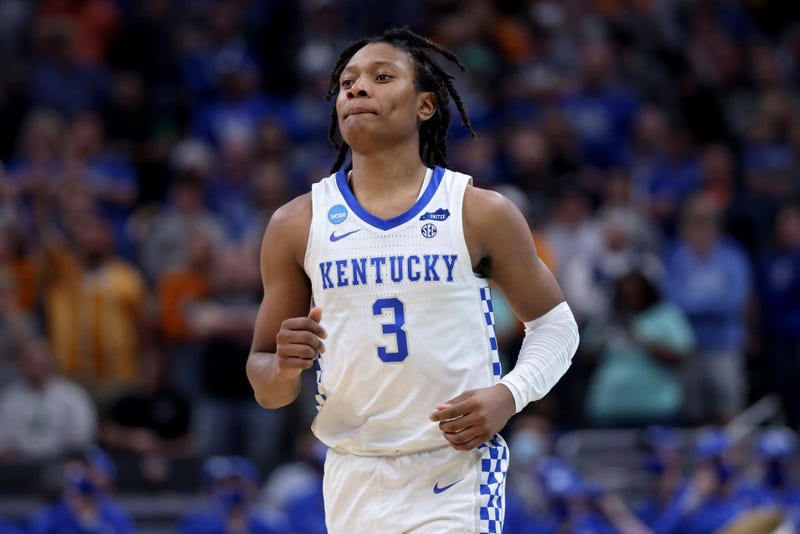 Even with both Kyrie Irving and Ben Simmons on the roster, their futures remain unclear in Brooklyn. To make things worst, Patty Mills and Bruce Brown Jr. become free agents making the addition of another guard something GM Sean Marks needs to consider. If they do decide to go that route, TyTy Washington is a good playmaker that not only made his teammates better at Kentucky but showed flashes of being a great shooter and fits the "Chris Paul" mold of point guards who aren't beating guys with their athleticism but rather their craftiness and basketball IQ. If Washington can extend his range, which all signs say he has the capability of doing, he can be the steal of the entire draft. 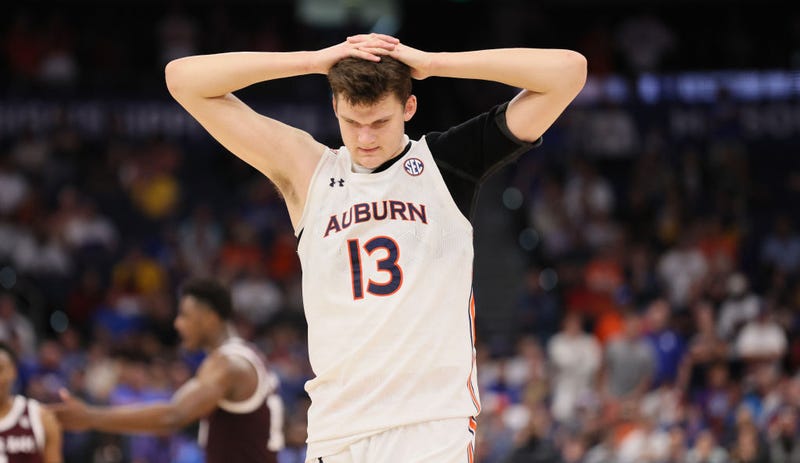 Drafting another big man should be an area the Warriors' front office may want to address. With former No. 2 overall pick of James Wiseman starting his career unhealthy, having an enforcer type of player like Walker Kessler will add more depth at the position with the ability to be a major contributor off the bench. As the SEC Defensive Player of the Year in 2022, Kessler led the conference with 4.6 blocked shots per game as a sophomore at Auburn and proved to be a great finisher around the basket and is a natural competitor that's not afraid to get dirty when needed. If Kessler can develop a reliable jumpshot, he can open his game up and become one of the better stretch 5's in the NBA.