The Ben Simmons saga took an interesting turn last week when reports surfaced the former first overall pick would not be attending Sixers training camp, assuming he’s still on the team when camp opens September 28th in Camden. Tired of sharing the spotlight with Joel Embiid, Simmons is eyeing a trade elsewhere, and while the Sixers would certainly be amenable to moving their disgruntled All-Star, President of Basketball Operations Daryl Morey hasn’t been blown away by any of the offers he’s received and won’t be strong-armed into dealing his mercurial point guard for pennies on the dollar.

That puts Philadelphia in a tricky spot. If the rest of the league knows Ben’s a goner, why would they trade the house for him? This is what happens when an unstoppable force (Simmons’ ego, no doubt emboldened by meddling agent Rich Paul) meets an immovable object (Morey’s stubbornness). The player empowerment era has sapped teams of their past leverage with James Harden successfully whining his way out of Houston and Anthony Davis pulling a similar stunt to free himself from New Orleans in recent years.

Coming off a disastrous postseason that saw Simmons melt into a puddle of nerves, too spooked to even dunk in the climax of Philadelphia’s deciding Game 7 against the Hawks, the 25-year-old’s stock has plummeted with many teams hesitant to trade for a player who not only can’t but won’t shoot. But rather than change the narrative, Simmons has dug in his heels further with ESPN’s Brian Windhorst reporting the 6’11” Australian doesn’t think it’s his “job” to increase his trade value.

Windhorst also noted that Simmons will receive half his $33-million salary on October 1st, long before he’d have to worry about any team-imposed fines for blowing off games or practices. Simmons should still be viewed as a difference-maker—he’s an elite defender and shrewd distributor capable of running an NBA offense. But until Morey lowers his exorbitant asking price—the Warriors predictably scoffed at his proposal of Andrew Wiggins, James Wiseman and four first-round picks—the Simmons’ headache in Philadelphia will continue. 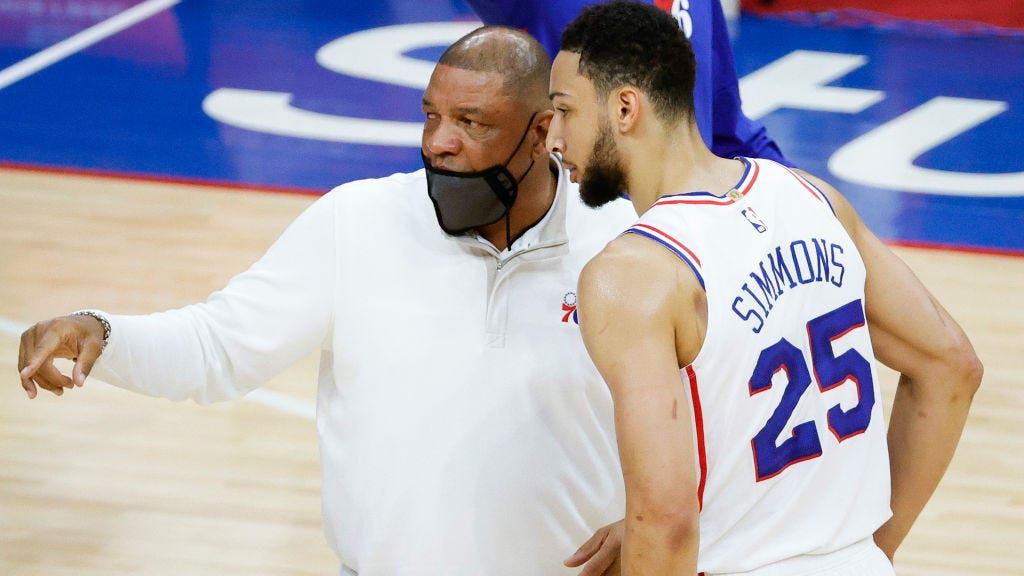 Report: Ben Simmons has told 76ers he no longer wants to be on team, will not report to camp