The Bills enter the season as Super Bowl favorites and while that shouldn’t be surprising, at least one prominent sports mind—Ringer CEO and podcaster Bill Simmons—still needs convincing. Led by cannon-armed quarterback Josh Allen, Buffalo certainly doesn’t lack for star power. Even so, Simmons is mystified that so many are already anointing a team that won only 11 games last season.

“They’re -230 for the division. They’re one of the Super Bowl favorites, +650. They’re number one seed in the AFC, +280. They’re just being penciled in,” said Simmons on Thursday’s episode of The Bill Simmons Podcast. “I guess my question is this—are we sure Buffalo is this good?”

Are the Buffalo Bills overhyped?

Buffalo is +600 to win the Super Bowl on @FanDuel, but @BillSimmons and @TheCousinSal preview the schedule to examine whether the team will actually be worse off this year than last.

The Bills, as alluded to by Simmons, struggled against winning opponents last year, finishing a combined 6-6 (postseason included) against teams over .500 including losses to Pittsburgh, Indianapolis, Tennessee, New England, Kansas City and Tampa Bay.

“Go look at their wins last year. It was like KC Week 5, they beat the Pats twice including the playoffs and they beat Miami. I think those were the only three above .500 teams they beat,” Simmons argued. “They played a bunch of sh-- quarterbacks. The schedule is much harder this year. They’re favored in this Rams game in L.A. They’re being treated like the 2018 Chiefs. It’s a little ambitious to me.”

According to NFL analytics expert Warren Sharp, the Bills rank 18th out of 32 teams in strength of schedule with eight games against opponents that reached the playoffs in 2021 (Los Angeles, Tennessee, Pittsburgh, Kansas City, Green Bay, Cincinnati and New England). While it’s true the Bills weren’t exactly a model of consistency, it’s hard to identify their weakness, allowing the league’s fewest points per game (17) last season while also ranking fifth in total yards.

Whether it’s his New England bias showing or Simmons holding their past history against them, he’s likely in the minority with most recognizing the Bills as one of the most complete teams in football. Well-coached with a deep roster and a chip on their shoulder after losing a heartbreaker to Kansas City in the Divisional Round, the Bills stand a reasonable chance of improving on last year’s record, especially after adding former Super Bowl MVP Von Miller—the NFL’s active leader in career sacks—in free agency. 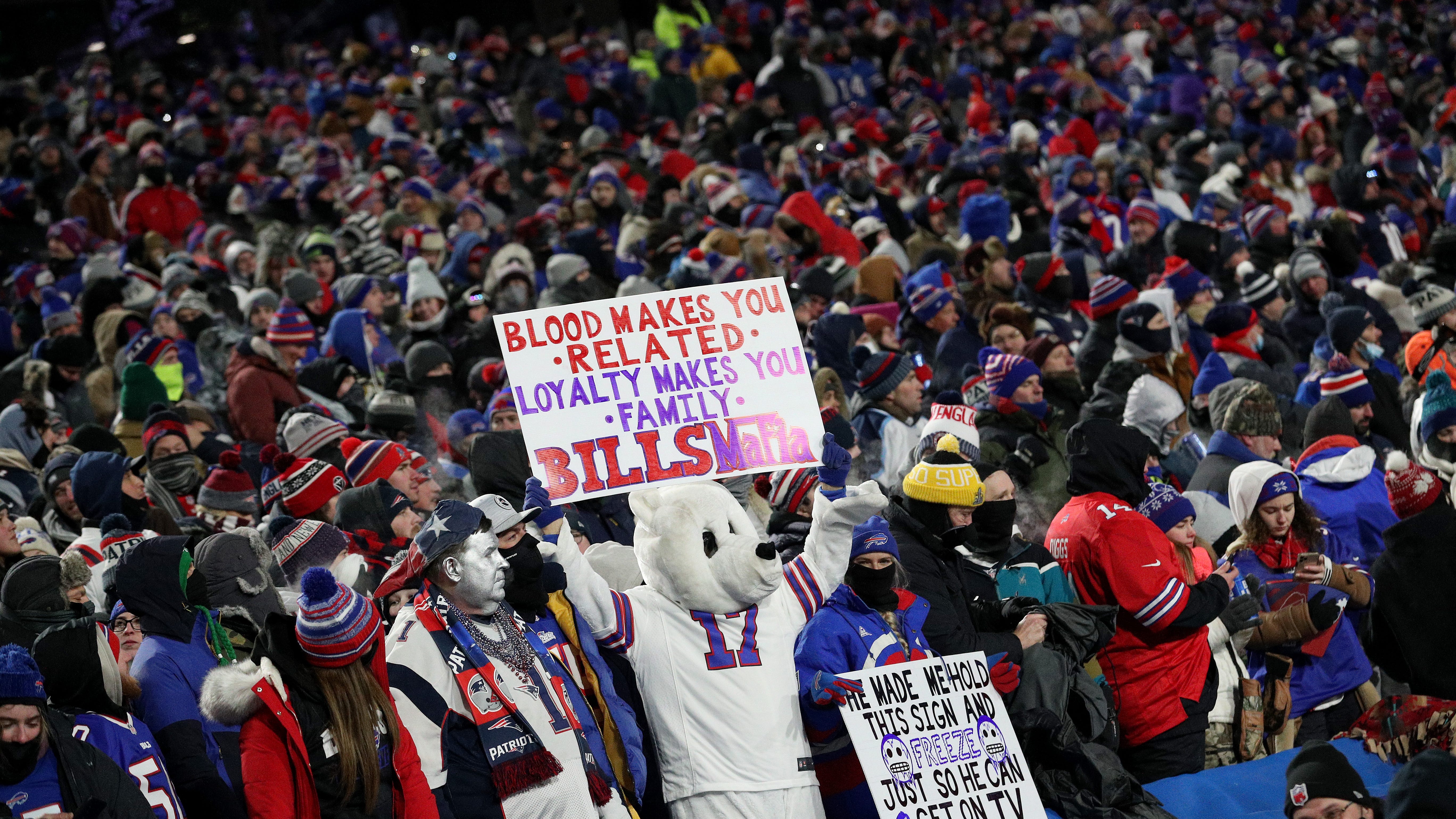 The Bills and $24,000 worth of LaBatts are headed to Los Angeles for Week 1