You know that the Mets are going to make a splash — or two, or three — this offseason, but the question is on which players that splash will be made. 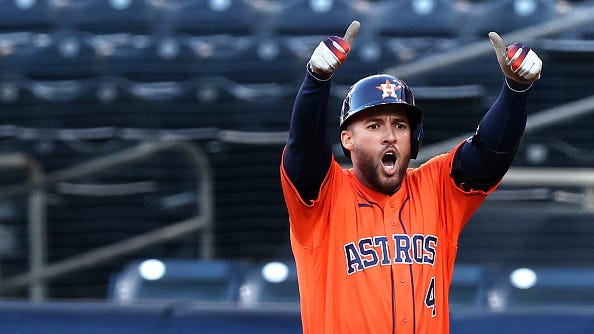 To ESPN's Buster Olney, the vision for Steve Cohen's Mets is becoming a whole lot clearer.

"I think they're going to be aggressive, and that's based on the conversations with the agents," Olney said in a recent radio appearance. "I'm just about ready to bet the family farm in Vermont that they're going to wind up with Springer. It just feels like such a natural fit.

"He of course is one of the prime guys. He can play center field for at least a year. He'd help to balance out that lineup. He might be in the $125 to $150 million range."

If your first takeaway from this was, 'Buster Olney really has a family farm in Vermont? Or is that just a hyperbolic device?', he's got you covered there, too.

I do have a family farm. 50 acres. Hay field, pasture, woodlot, vineyard, lots of maple trees.

But the (in)arguably more important takeaway as that a voice as respected and well-sourced as Olney would be willing to bet such a valuable asset on the fact that George Springer winds up in New York. RADIO.COM Sports' own John Healy predicted such an outcome of free agency in his recent Winter Meetings preview:

Everybody is waiting for the Mets to make a big splash this offseason with new owner Steve Cohen. Among the top of the Mets’ needs is shoring up their outfield and Springer is the best outfielder on the market. The 31-year-old outfielder can man a strong center field for the Mets and serve as a sparkplug bat at the top of their lineup. It also gives the Mets a much deeper outfield, alongside Michael Conforto, Brandon Nimmo, Dom Smith and J.D. Davis. Jeff McNeil could move full-time to second or third base, which would improve their infield defense. It just makes too much sense for the Mets to pass up on Springer.

It makes sense for Healy, it makes sense for Olney, and it probably makes sense to all those hungry Mets fans out there looking for some extra stardom in the lineup. Springer's 162-game average over the past four years winds up looking like this:

And though he hasn't played in all 162 games since 2016 amid a number of injuries, you can obviously see the per-game value that he'd bring to a team whose lineup produced around the league average in terms of runs per game. Adding Springer to emerging stars like Jeff McNeil, Dom Smith, Pete Alonso and others would bolster an already formidable group. One factor that is of note, as Healy mentioned, is that there is already some good depth in the outfield, and it may become a bit crowded.

This take from Olney also comes as less of a surprise considering other recent news from the offseason regarding another of his potential suitors. 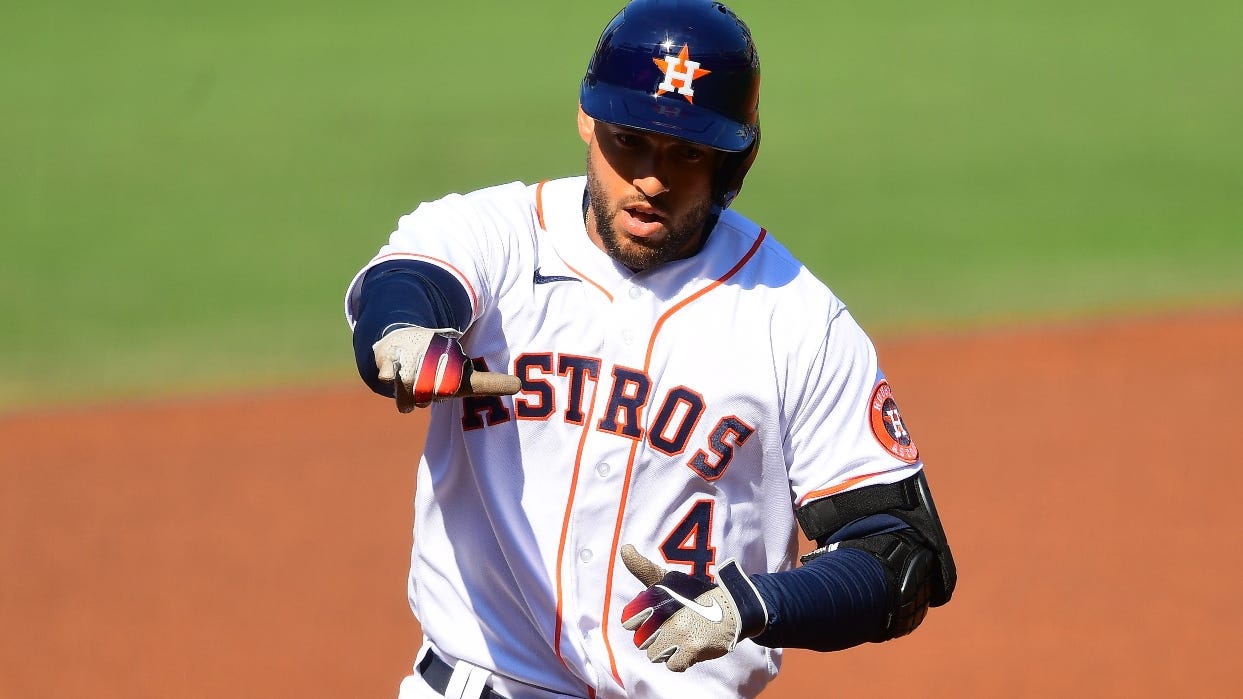