There's already been quite a bit of buzz about a free agent shortstop class this upcoming offseason that could include Trea Turner, Carlos Correa and Xander Bogaerts.

However, the free-agent-to-be shortstop having the best 2022 season may actually be Dansby Swanson.

Since recording the final putout in the Atlanta Braves' 2021 World Series victory, Swanson has gone from being a top-half-of-the-league shortstop to a potential candidate to start for the National League in the All-Star Game.

Swanson isn't necessarily a Gold Glove-caliber fielder, but after posting -7 defensive runs saved in 2021, he's bounced back nicely in the field this season, with one defensive run saved and three outs above average thus far. 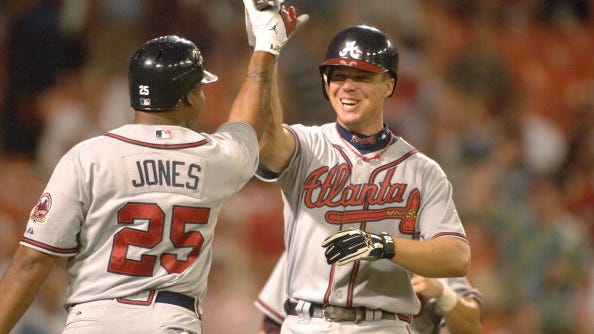 The 9 greatest players in Braves history

Given that he's from nearby Marietta, one would think that Swanson hopes to remain with the team he grew up rooting for beyond 2022. But as we learned with Freddie Freeman last offseason, Alex Anthopoulos and the Braves will have a price they are willing to pay, and if Swanson won't sign for that price, Atlanta will pivot.

With Turner, Correa and Bogaerts all likely to seek $30+ million per season if they reach the free-agent market, Swanson -- still just 28 -- could prove to be a more cost efficient option for teams looking to make an upgrade at shortstop. 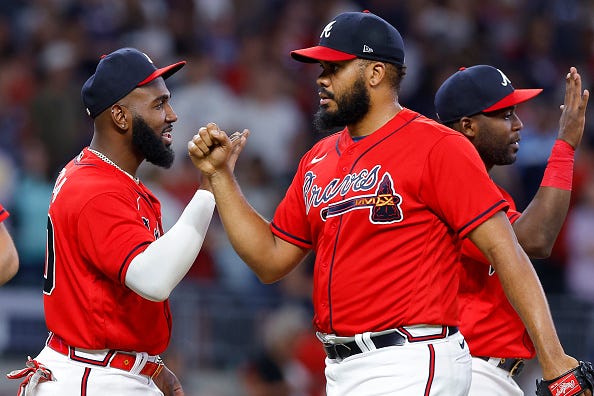 - Once again, Anthopoulos seems to have struck gold by signing a veteran to a high-priced one-year deal. After 12 years with the Los Angeles Dodgers, Kenley Jansen joined the Braves on a one-year/$16 million deal in March. Jansen has converted 18 of 21 save attempts, has a 3.03 ERA and a 2.05 FIP. The 34-year-old leads the National League with 25 games finished in 2022.

- After missing much of the 2021 season following his domestic violence arrest, Marcell Ozuna has turned in disappointing results in 2022, with just a .694 OPS through the first 66 games of the season. During the pandemic-shortened 2020 season, Ozuna posted a 1.067 OPS in 60 games. The 31-year-old is owed $32 million over the next season, with the Braves likely to take the $1 million buyout on his $16 million club option for 2025.