While Philadelphia can’t be pleased with how its defense performed Sunday, newcomer A.J. Brown looked unstoppable in his Eagles debut, ravaging Detroit for a career-high 155 yards on 10 catches. An imposing presence at 6’1” and a sturdy 226 pounds, few defensive backs in football are equipped to withstand Brown’s physicality, a mismatch the Eagles exploited early and often against the Lions, with the 25-year-old commanding an absurd 44.8-percent target share, second to only Davante Adams (48.6) among Week 1 pass-catchers. Having lined up against him in practice all summer, Darius Slay knows a thing or two about Brown’s tendencies, describing him to Richard Sherman as a “swole Batman.”

“Straight dog, man. You know he wants to be recognized as one of the best in the game. He lines up anybody in front of him, [he’s] trying to destroy them,” said Slay of his Pro Bowl teammate. “He’s so good after the catch it’s just ridiculous. To see him in person that close up, because I never played against him, this is my first time seeing him live up, it’s a different animal out there. With that dark visor, he looks like a swole Batman.”

—@bigplay24slay tells @RSherman_25 what it's like to play with @1kalwaysopen_ pic.twitter.com/c8OVUHfmbi

After wasting precious draft capital on failed experiments Jalen Reagor and JJ Arcega-Whiteside, GM Howie Roseman has made a conscious effort to upgrade the Eagles’ receiving corps with Brown, Dallas Goedert and former Heisman winner DeVonta Smith headlining their strongest supporting cast in years. Now with the Caped Crusader in their corner, protecting the Link with his unique brand of vigilante justice, there’s no telling how high the Eagles’ offense can fly this season. Monday’s showdown in South Philly will feature two of the game’s most exciting receivers with Brown taking the field opposite Vikings standout Justin Jefferson, who torched the Packers for 184 yards on nine catches in last week’s opener. 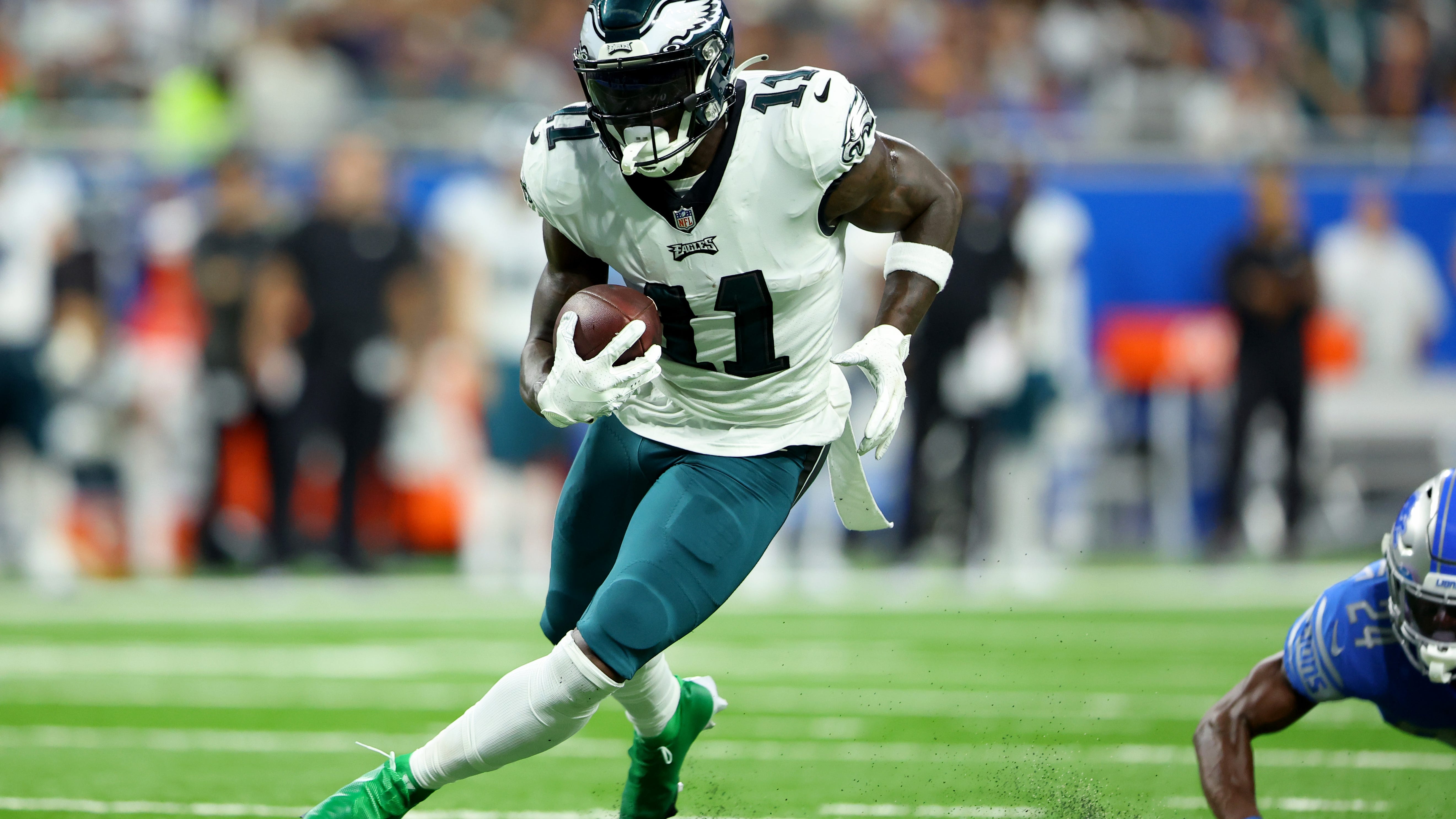