As expected, Baker Mayfield was not present for the start of OTAs earlier this week, continuing to train on his own while the Browns work to trade him. Mayfield’s trade market has yet to take shape with prospective suitors, including the Steelers, weary of Cleveland’s asking price for the former Heisman winner. However, if the Browns do eventually cut Mayfield, league insider Jeff Darlington of ESPN believes Pittsburgh would sign him the “very next day.”

“If for some reason the Browns, and I don’t expect this to happen, were to cut Baker Mayfield, I think he signs with the Pittsburgh Steelers the very next day,” Darlington shared Wednesday during his appearance on Get Up. “Teams do still covet Baker Mayfield. They just don’t think that they need to give up as much as the Cleveland Browns are asking right now.”

Where will Baker Mayfield end up this season? pic.twitter.com/Ucn1eZaIZy

Mary Kay Cabot of the Cleveland Plain Dealer expressed a similar sentiment last month, opining the Steelers would “pounce” on Mayfield if he became available in free agency. Pittsburgh’s reported interest in Mayfield makes perfect sense. Not only would it provide the Steelers a perfect opportunity to stick it to a division rival, but Mayfield would immediately be the best quarterback on Pittsburgh’s roster, which includes draft bust Mitchell Trubisky and Mason Rudolph, best known for having Myles Garrett attack him with his own helmet.

The Browns assuredly won’t be trading Mayfield to the hated Steelers, and even with his trade market slow to develop, Cleveland could be tempted to hold onto him as an insurance policy with starter Deshaun Watson potentially facing a lengthy suspension for alleged sexual misconduct. Journeyman Jacoby Brissett and former Steelers backup Joshua Dobbs round out the rest of Cleveland’s quarterback room.

To this point, teams have been reluctant to trade an early-round pick for a quarterback perceived as high-maintenance. Mayfield, who is due $18.58 million in 2022 (his final year under contract), also happens to be coming off a career-worst season, disappointing to the tune of 13 interceptions while battling a painful shoulder injury that would ultimately require surgery. Meanwhile, the Steelers are looking for a franchise quarterback to replace future Hall-of-Famer Ben Roethlisberger, who retired earlier this offseason. The Steelers own the 20th pick in next week’s NFL Draft, which could be used on a quarterback like Malik Willis, Desmond Ridder or even Heisman finalist Kenny Pickett, a proud Pitt alum who played his college ball at Heinz Field. 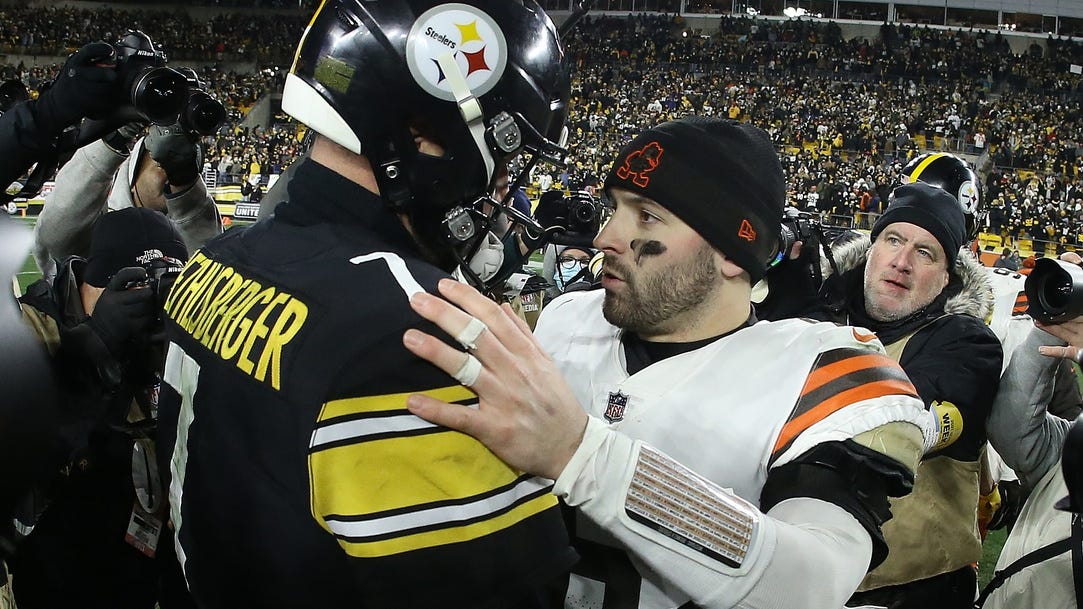 Report: Steelers would 'pounce' to sign Baker Mayfield if cut by Browns 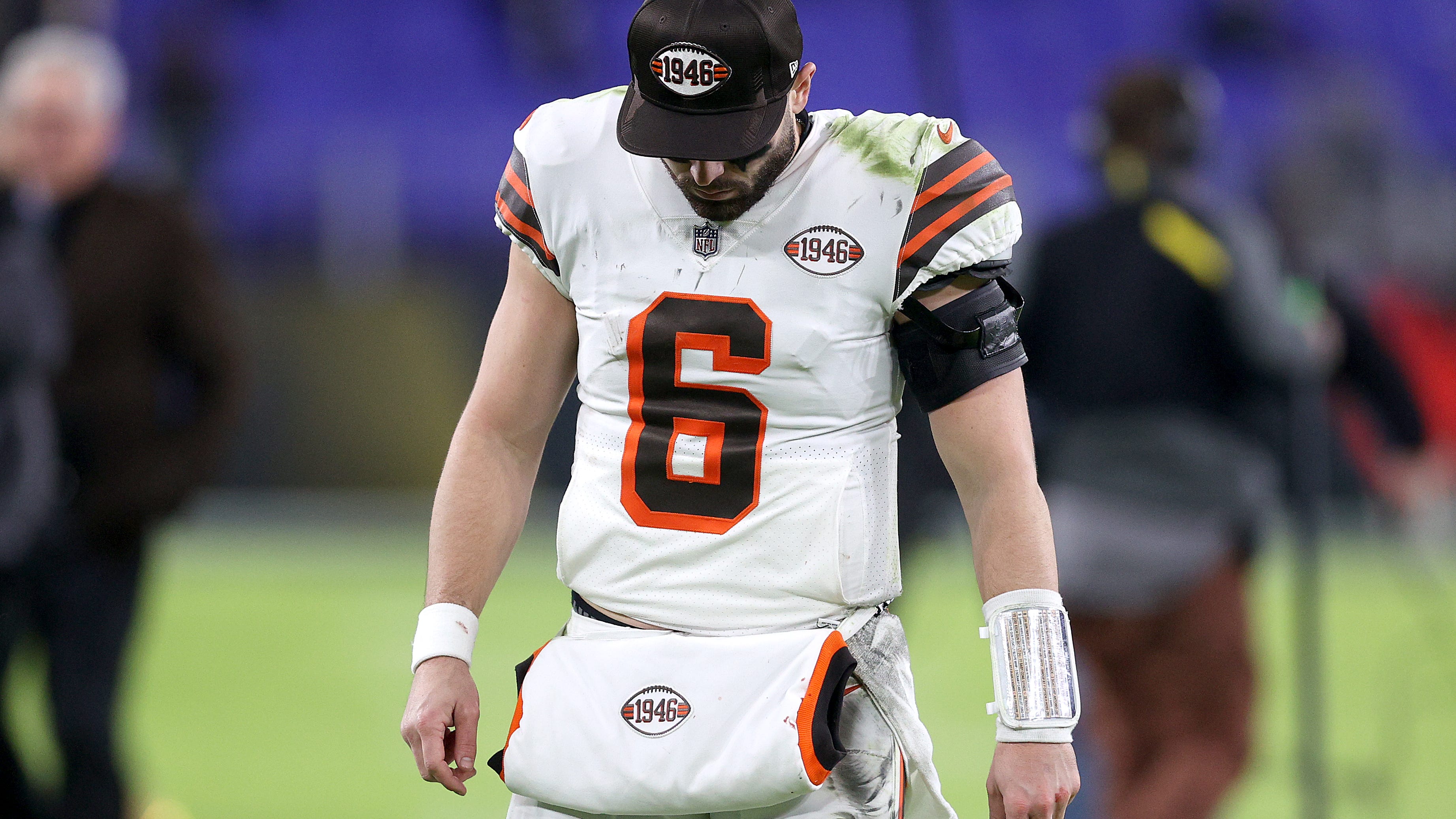