Powerfully built at 6’1” and 226 pounds, A.J. Brown is one of the strongest, most physically imposing receivers in all of football. He’s also deathly allergic to bees, which led to a frightening scene at Friday’s practice with the Eagles receiver ultimately requiring an EpiPen to stave off what could have been a serious allergic reaction.

Brown went through his usual practice routine, though the Pro Bowler admitted he wasn’t sure how he’d react after suffering his first bee sting in 20 years. You might recall Brown landing on the injury report with food poisoning last year, needing three IVs to get through his Week 6 game against Buffalo (he logged seven catches for a respectable 91 yards) after a bad experience at Chipotle. While it would have been amusing to see Brown listed as questionable with “bee sting” in parentheses, the fourth-year wideout has already declared himself ready for Sunday’s opener in Detroit, which also marks his Eagles debut.

#Eagles A.J. Brown just told me he’s feeling fine. Said he hadn’t been stung by a bee since he was about five years old, so he was just nervous how his body would react. He participated in practice and is ready to go for Detroit.

“I’m all good,” Brown says with a wide smile.

Acquired on the opening night of this year’s NFL Draft, the former second-round pick boasts career totals of 185 catches, 2,995 yards and 24 touchdowns over 43 regular-season appearances, all with Tennessee. Upon joining the Eagles, Brown immediately agreed to a four-year, $100-million extension, keeping him in Philadelphia through 2026. 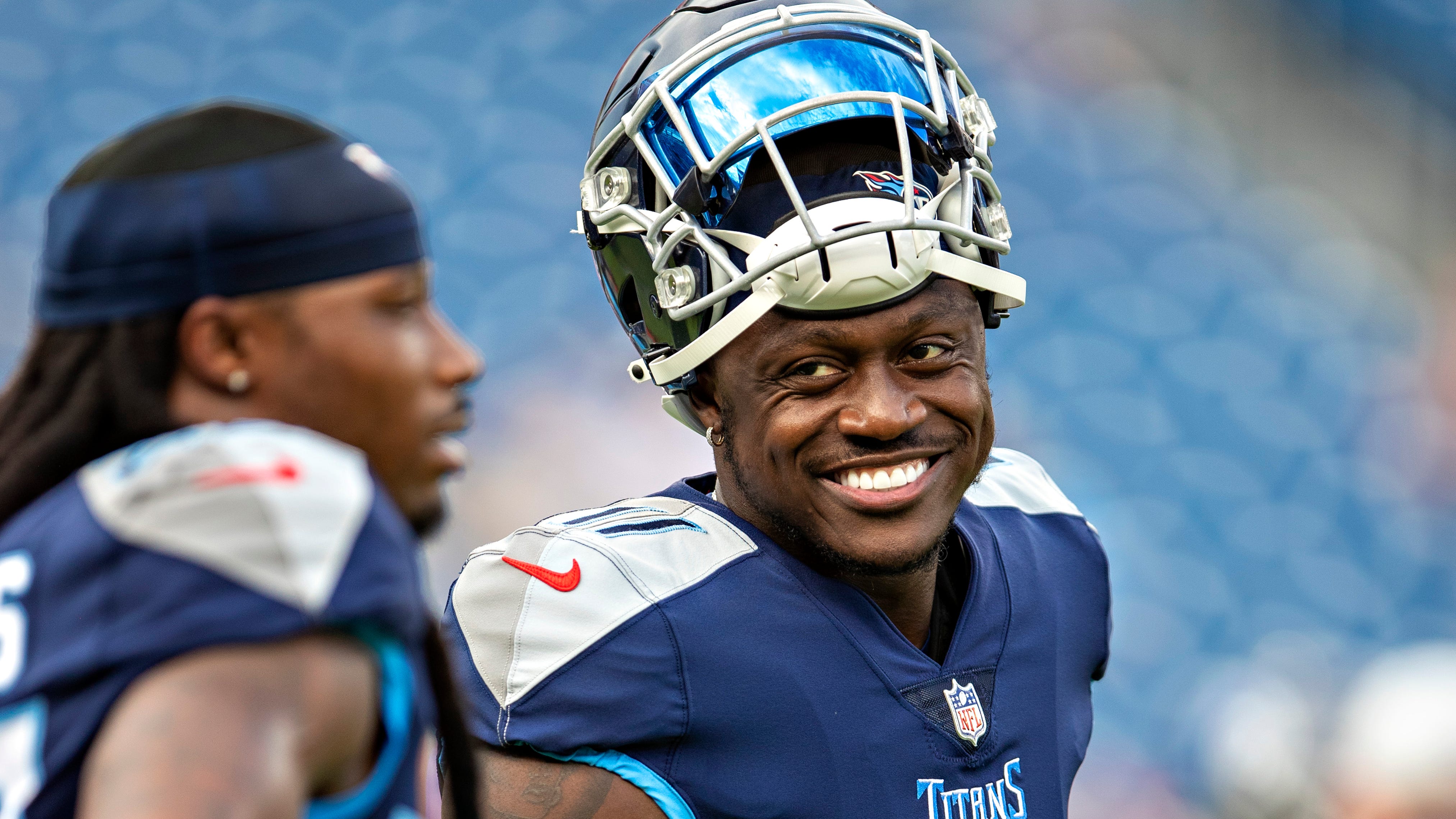 Titans’ A.J. Brown says Chipotle reached out to him after he got food poisoning