The crack of the bat you hear during a home run was not enough to soothe tensions in the stands during MLB's annual Home Run Derby.

During Monday night's event, a lot of attention was focused on Cardinals legend Albert Pujols, who was participating in the last All-Star week of his career. Despite there not being any reason for fans to break out into a fight, a brawl still broke out.

In a viral video that was posted by a witness on Twitter, a fan wearing a Clayton Kershaw jersey got into it with another spectator in the left field bleachers at Dodger Stadium, just after Juan Soto had won the event. Some of the attendees tried to separate the two with one of the guests heard saying, “You made your point,” and “Enough.”

While the scuffle went on in the stands, the Nationals outfielder -- who is in the midst of some serious trade talks -- dethroned the reigning Home Run Derby champion Pete Alonso, for this year’s title recording 56 total home runs in three rounds.

That wasn't the only viral moment of a fan acting in an unusual manner. When the big leaguers were walking the red carpet before Tuesday night's event, a grown adult -- who looks well into his 40s, was seen jocking for position in front of kids just to get an autograph.

At some point I respect a grown man being this pathetic. I’m not at that point yet, just saying there is a point. pic.twitter.com/f1SiNCRvNT

The All-Star festivities ended with the AL pulling out the victory against the NL 3-2. Yanks' slugger Giancarlo Stanton was named the game’s MVP 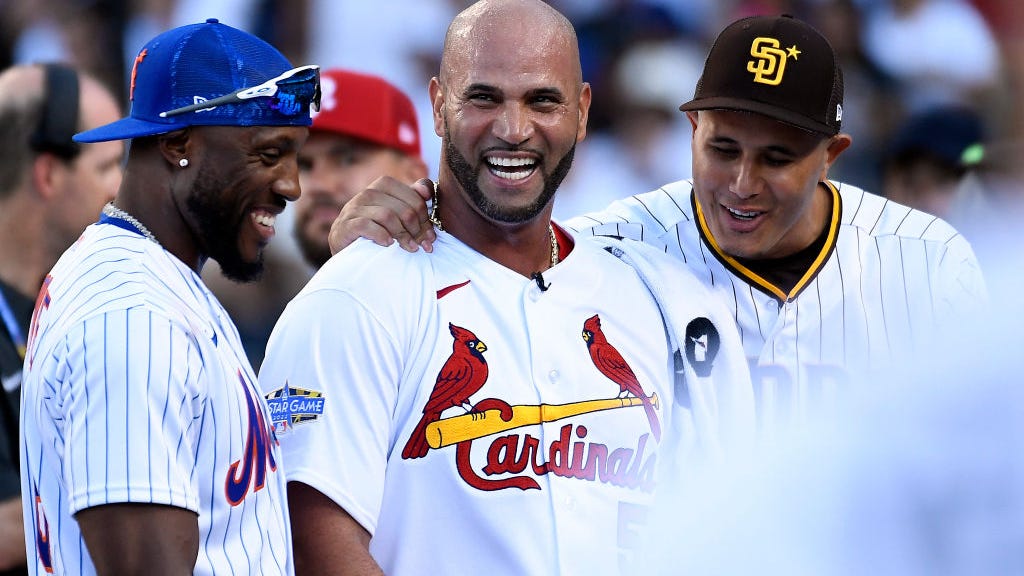