After failing miserably in the NFL as a head coach, Urban Meyer is heading back to the comforts of the broadcasting desk at FOX Sports, joining back with as an analyst for their college football pregame show.

The network announced the move on Friday after much speculation that the former Jaguars head coach was in deep negotiations for his old TV gig. He will be re-joining the same cast of Rob Stone, Brady Quinn, Reggie Bush and Matt Leinart on Big Noon Kickoff.

Although having done this job before, this time around, it will be awkward having to sit on national television and gain the viewer's trust after his numerous incidents -- including his attempt to hire back a disgraced strength and conditioning coach at Ohio State, to his night with a mystery blonde that wasn't his wife at the bar and then an allegation that he kicked the kicker Josh Lambo.

Meyer was fired after 13 games with the Jacksonville Jaguars, tieing for the shortest tenure as a coach in NFL history. He later reflected on his experience, calling it " the worst" of his professional life -- a sentiment even the players seem to echo.

Of course, the standards for pro and college football differ drastically but FOX believes that despite his failures in the big time, his expertise and success as a college football coach is an area people would be willing to tune in for. 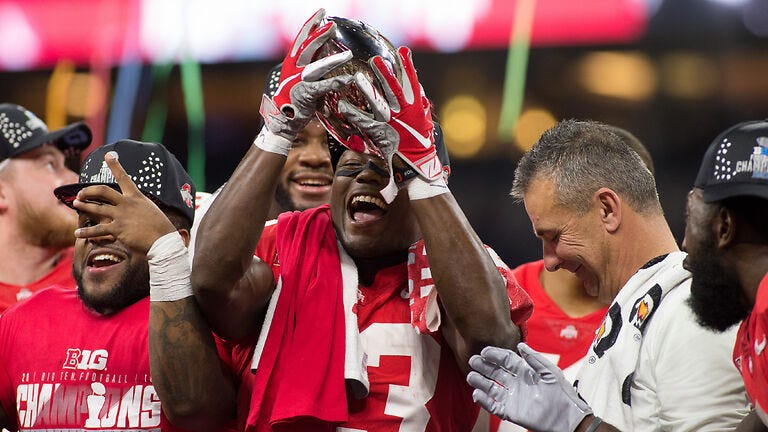