Braves All-Star Ronald Acuña made headlines Thursday with his criticism of former teammate Freddie Freeman, now of the Los Angeles Dodgers. When asked what he’d miss about Freeman, who departed the team in free agency, Acuña said, “nothing,” still harboring animosity from how Freeman treated him as a rookie in 2018.

“You come with your swagger from the minor leagues. You do your eye black,” Acuña told Dominican reporter Yancen Pujols during an interview on Instagram Live. “Your sunglasses, your hat a little crooked. A lot of people look at it as wrong and I don’t look at it as wrong because it’s part of the game. So, a lot of veterans stuck it to me when I came up in 2018.”

Acuña later clarified his comments, accusing the media of “exaggerating” and “blowing the story out of proportion.” However, the 24-year-old slugger still maintains that he won’t miss Freeman, asking in response, “What should I miss about someone who’s on another team?”

Ronald Acuña Jr. spoke in the Braves clubhouse re: his Instagram live comments. He said his comments were exaggerated and blown out of proportion. Here are some highlights, w/his answers translated directly from Spanish pic.twitter.com/xIhUbAppv0

Freeman shared his side of the story in an interview with MLB Network’s Greg Amsinger, insisting he “loves” Acuña despite their past disagreements. “I’m going to miss Ronald. My family is going to miss Ronald. That’s my side of it,” said Freeman, who joined his hometown Dodgers last month on a six-year, $162-million contract. “I love Ronald Acuña and I can’t wait for him to get healthy and get on the field. I think he’s great for the game of baseball.”

"I didn't view it as any friction or clashes or anything like that. I loved Ronald, I still love Ronald, I'm gonna miss Ronald..." - @FreddieFreeman5 #MLBTonight pic.twitter.com/O1RSMnTICE

Freeman didn’t deny any of Acuña’s claims, though the first baseman said he was merely adhering to team rules established and passed down over generations. “When you put on a Braves uniform, there are organizational rules. You don’t cover the A with sunglasses. You don’t wear earrings. You have your hair a certain length. You wear a uniform during BP. You don’t have eye black coming down across your whole face,” explained Freeman. “I guess I was one of the older guys that did have to enforce those kind of things in the clubhouse. When you put on a Braves uniform, that’s kind of what happens there. I didn’t view it as any friction, clashes or anything like that.”

Harold Reynolds was quick to point out he once scolded a young teammate for wearing his hat backwards, only for that player—Mariners legend Ken Griffey Jr.—to waltz into Cooperstown as a first-ballot Hall-of-Famer. It will be interesting to see what kind of reception Freeman gets when he returns to Atlanta for the first time on June 24th. Acuña, who missed the Braves’ postseason run last fall while tending to a torn ACL, should be healthy by then with most anticipating a return in early May. 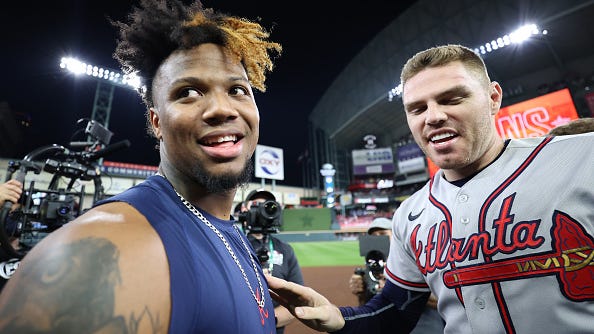 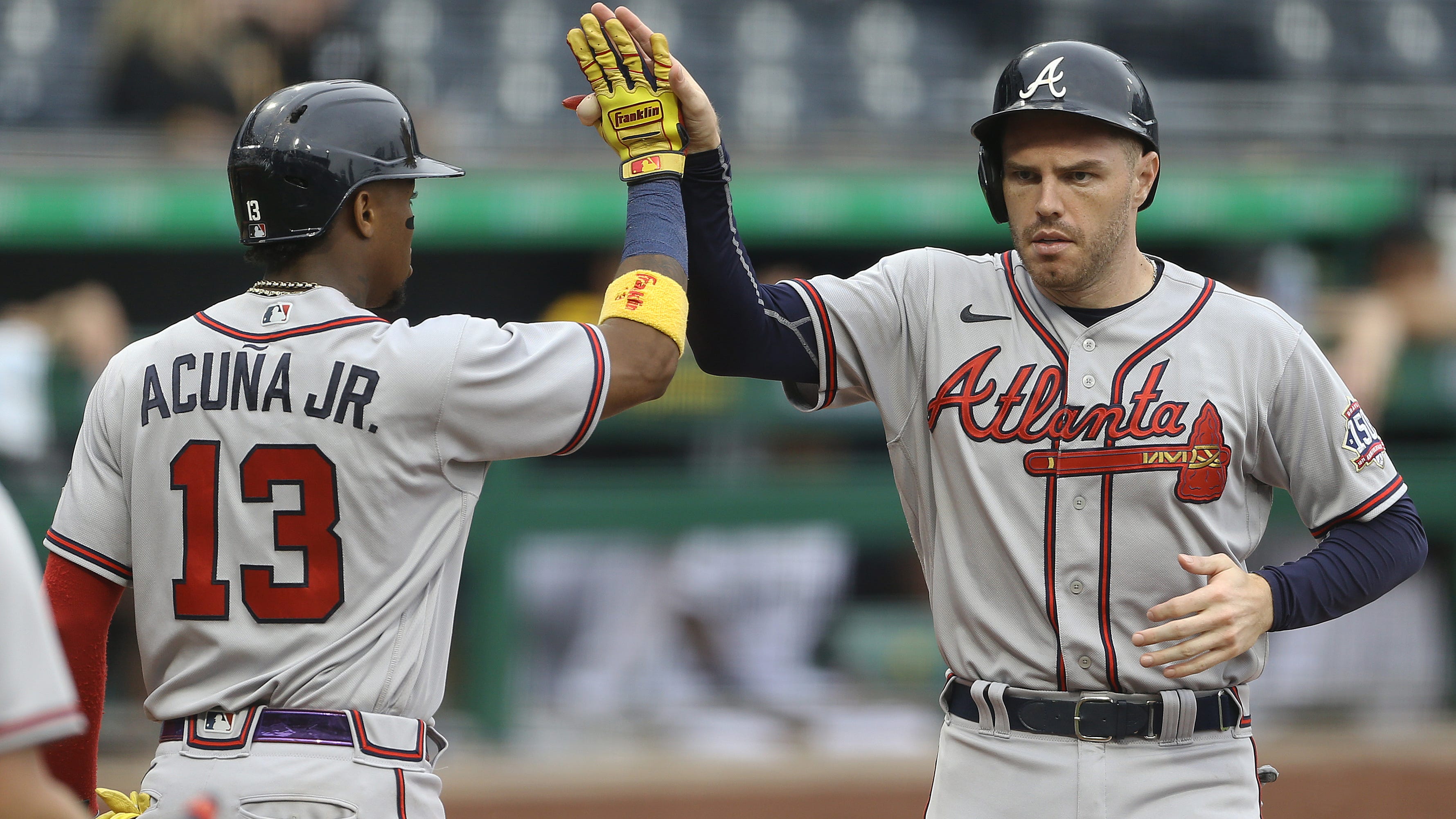