Acquired from the Rangers at last year’s trade deadline, Joey Gallo arrived in New York with the highest of expectations, seen as a desperately-needed left-handed power bat with a swing tailor-made for Yankee Stadium’s short right-field porch. To say it hasn’t worked out would be a colossal understatement, with Gallo batting an anemic .159 with 194 strikeouts in 501 plate appearances since trading in his Texas blues for Yankee pinstripes.

A two-time All-Star with 170 homers to his major-league credit, Gallo has been an utter liability in New York, recently losing his starting job to newcomer Andrew Benintendi. The slumping outfielder has heard it from all angles, weathering endless criticism from media talking heads, Twitter trolls and everyone in between, learning the hard way that New York, especially when the chips are down, can be a ruthless city to play in.

“Here in New York, if you don’t get enough hits, it doesn’t matter what else you’re doing. They’re going to tear you apart,” said a defeated Gallo in an interview with Randy Miller of NJ Advance Media. “I feel like people are a little sick of me here, so I don’t really know what else I can do at this point here. I haven’t played well, so I think it’ll help me to move on.”

A “three true outcomes” player if there ever was one, the free-swinging Gallo has always had a lot of swing and miss to his game, but he’s been especially volatile this year, making contact on just 61.7 percent of pitches. Buried by the weight of his season-long struggles, the embattled 28-year-old has experienced a snowball effect of sorts, leaking confidence amid an ocean of Bronx boo-birds, making Gallo hesitant to leave his own home for fear of being recognized.

“I don’t go out in the streets,” said Gallo, a two-time Gold Glover and former first-round pick who played youth baseball with fellow big-leaguers Bryce Harper and Kris Bryant growing up in his native Las Vegas. “I really don’t want to show my face too much around here.”

Gallo had his suspicions New York would be a difficult place to play, but going through the worst stretch of his professional career in a city that lives and breathes baseball has been even tougher than he imagined.

“Coming here, I knew it was going to be really tough. It took a while for people to understand the player I am in Texas. Early on, I was the No. 1 prospect, but I struck out a lot. I was a strange player,” said Gallo, cognizant of his polarizing feast or famine stylings. “I’ve been a .200 hitter my whole life and I hit .160 here. So I knew New York was going to be a tough time and a tough place to play, especially the player that I am.”

The Yankees’ ill-fated Gallo experiment will go down as a humiliating blunder and a stain on Brian Cashman’s resume. But that doesn’t make the 6’5” slugger any less human.

“It makes me feel like a piece of s**t, honestly. I remember playing here with the Rangers watching guys get booed off the field and thinking, ‘Holy s**t! I feel bad for that guy.’ Now it’s me,” said Gallo, who has probably cost himself millions as he approaches free agency this winter. “My confidence suffered. I would say I hit rock bottom.”

Anticipating a trade ahead of Tuesday’s 4 PM ET deadline, Gallo said his parents are in town to help him pack up his apartment as he prepares for a welcome change of scenery. “We’ll see what happens,” said Gallo, anxious for a fresh start. “It’s going to be really tough to leave these guys. We’ve had a lot of fun. We’re a really close group. But moving on is part of the business. I’m ready.” 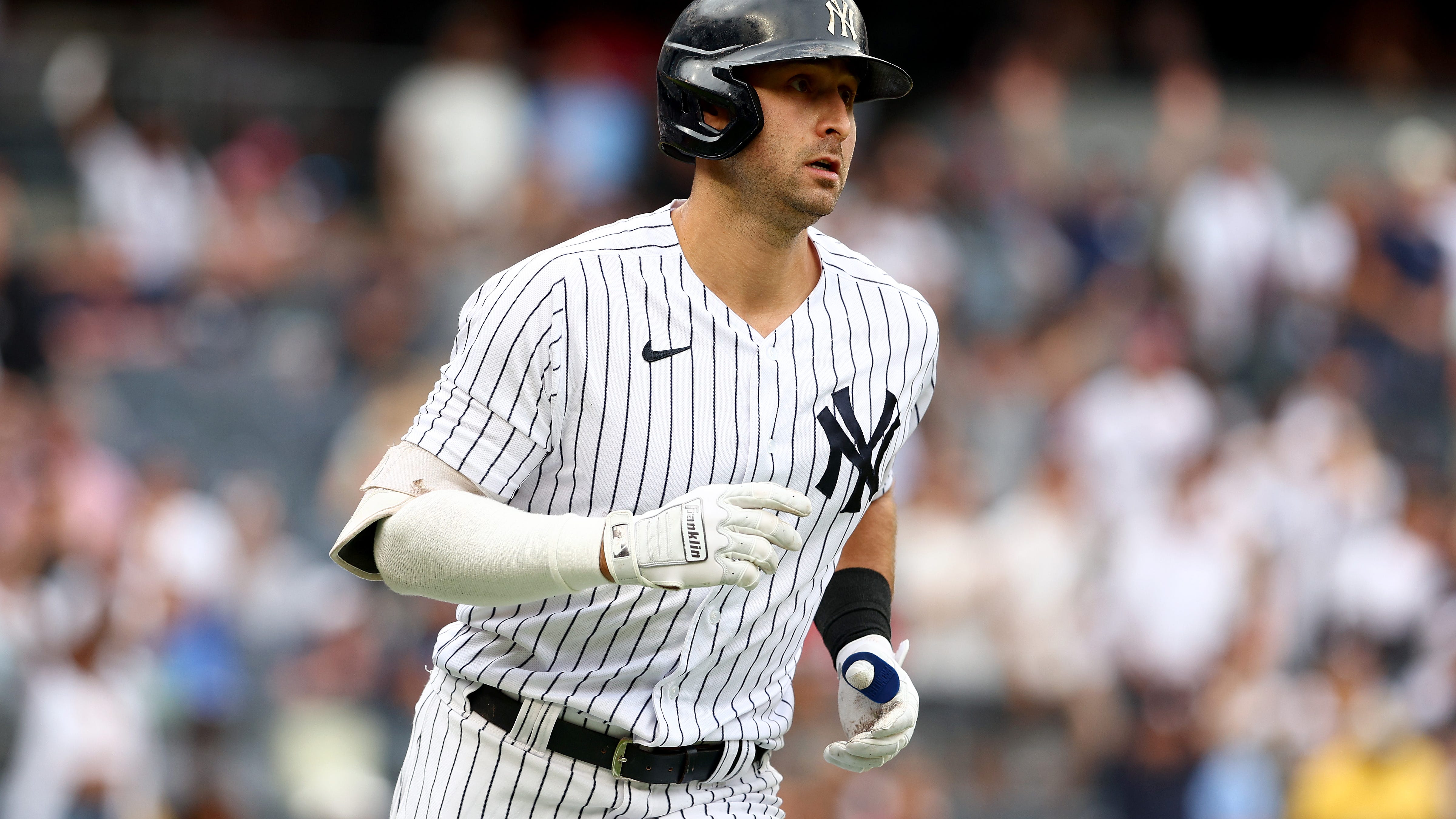 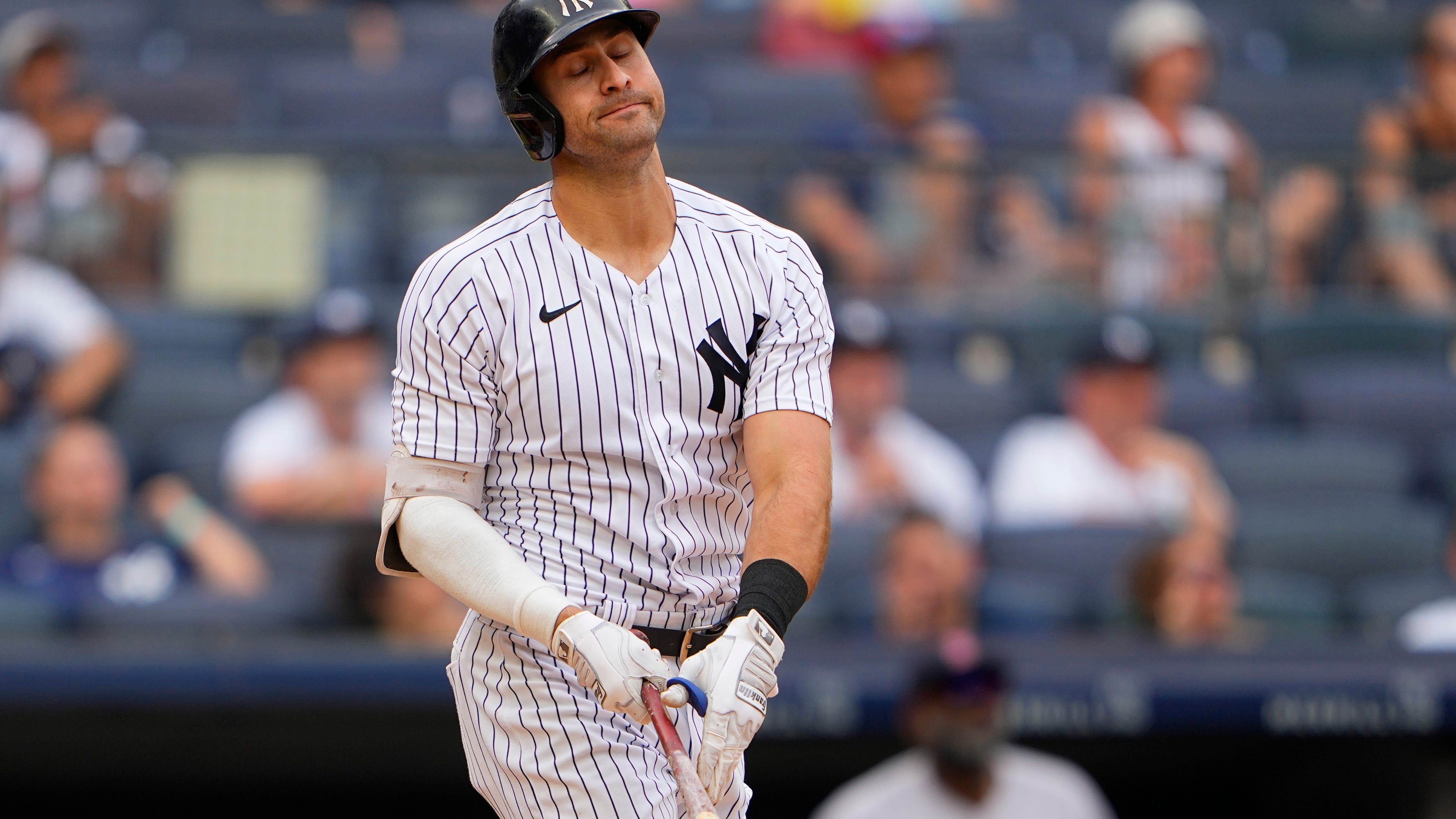