Although this assertion may be a bit biased -- the SNY broadcasting crew of Keith Hernandez, Gary Cohen and Ron Darling are arguably the gold standard amongst MLB broadcasters, mixing straight baseball talk with comedy.

While the Mets had a commending 5-1 lead in the sixth inning against the San Diego Padres Monday night, Hernandez made a comment that immediately issued into a hilarious back and forth between the former first baseman and his broadcasting partner.

Jeff McNeil led off the sixth inning, hitting a single-off pitcher Steven Wilson. Whether it was the time difference between New York and California, McNeil's hit prompted Hernandez to say the team has "stroked out" eight hits, leading to Cohen jokingly questioning his partners' terminology.

It's 11:45pm on the east coast and we've lost all control in the booth 😂 pic.twitter.com/hceBsq4fpU

Here's a blow for blow detailing of the funny conversation between the two broadcasters:

“So here we are again, the Mets stroking out eight hits…” Hernandez began to say before Cohen interrupted him with laughter.

“Did you say stroking out?” Cohen asked in disbelief.

“I think you need to watch your language there,” Cohen replied. “Because, you know, we’re getting older. And stroking out is something we don’t want to be doing.”

With his mind deep in the gutter, Hernandez responded to Cohen by asking if he thought he is a perverted old man.

“What are you saying, I’m a creepy old man?” Hernandez asked, to more laughter from Cohen.

At that point, Hernandez had completely lost it, breaking out into laughter as Tomas Nido came to the plate.

While the SNY crew was having fun, the Mets "stroked out" eight more hits and five more runs to handle the Padres 11-5. With their latest victory, their record improved to 38-19, good for a nine-game lead over the Braves in the NL East and also good for the best record in the National Leauge.

The Mets kick off game 2 of their three-game series against the Padres at 9:40 pm EST Tuesday. Let's hope that Gary and Keith can manage to hold it together during another late broadcast. 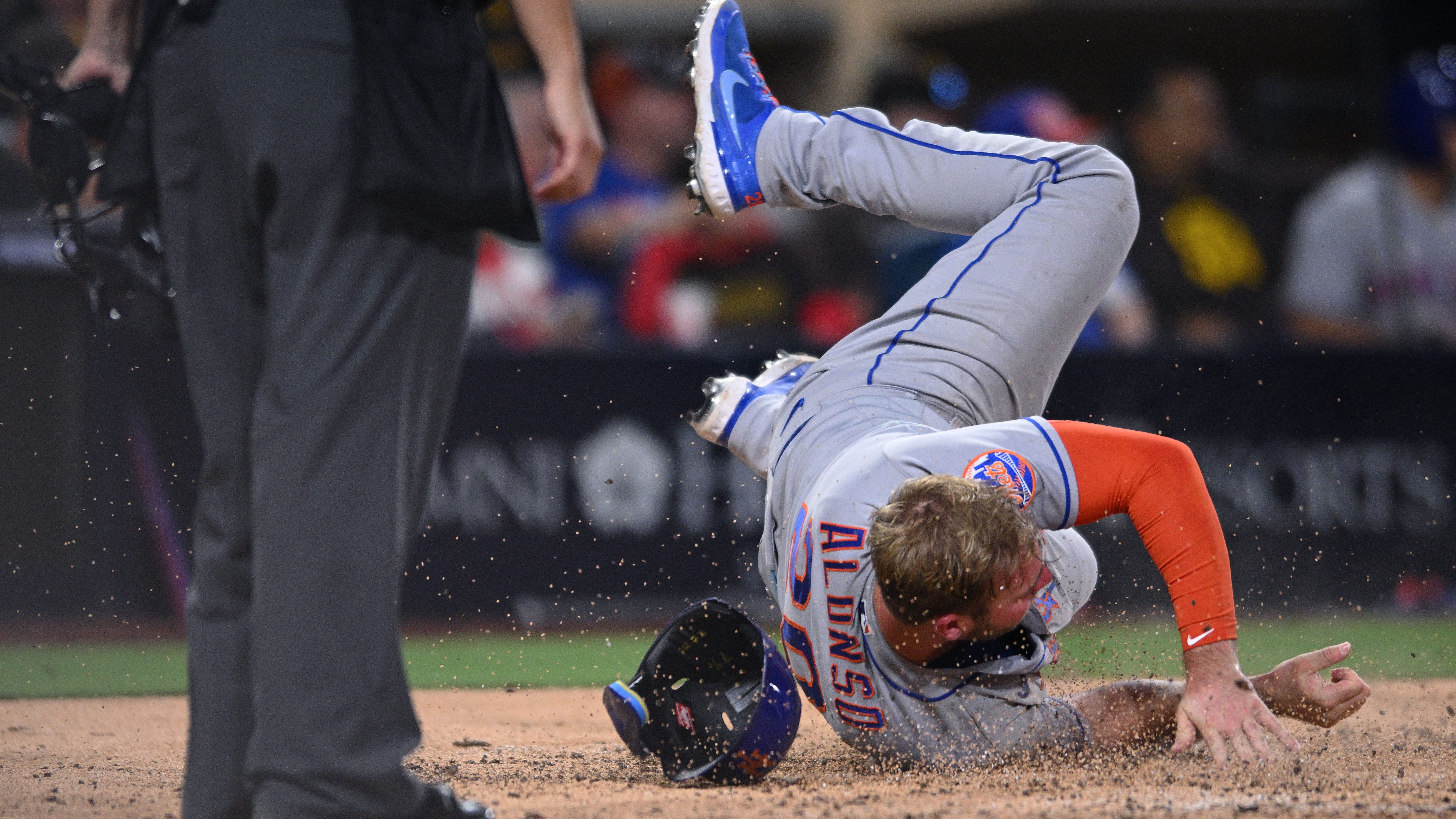 Pete Alonso roasted after clumsy dive into home plate: 'Like a wounded walrus'