Not only does it not appear that Stephen Strasburg's first stint in free agency will last that long, but it seems there's a very real chance that the 31-year-old ultimately re-signs with the Nationals.

In fact, MLB.com's Mark Feinsand appeared on "High Heat" Tuesday and said that because of the mutual interest between Strasburg and the Nationals in a reunion, he "wouldn't be surprised" if the two sides reach a long-term extension before the MLB Winter Meetings, which begin on Dec. 8.

Strasburg, who was the No. 1 overall pick in the 2009 MLB Draft, has spent his entire 10-year career with the Nationals. Though he's struggled with injuries at times, he's coming off of arguably the best season of his career. Strasburg finished fifth in National League Cy Young Award voting in 2019 after going 18-6 with a 3.32 ERA, 3.25 FIP and 5.7 fWAR in 209.0 innings in the regular season.

Of course, this past postseason may define the career of Strasburg. In six postseason appearances - five of which were starts - Strasburg went 5-0 with a 1.98 ERA. Most notably, he pitched 8.1 innings in Game 6 of the World Series, a game the Nationals needed to win to keep the series alive. Ultimately, the Nationals won Game 7, clinching the first World Series title in franchise history, with Strasburg earning World Series MVP honors. 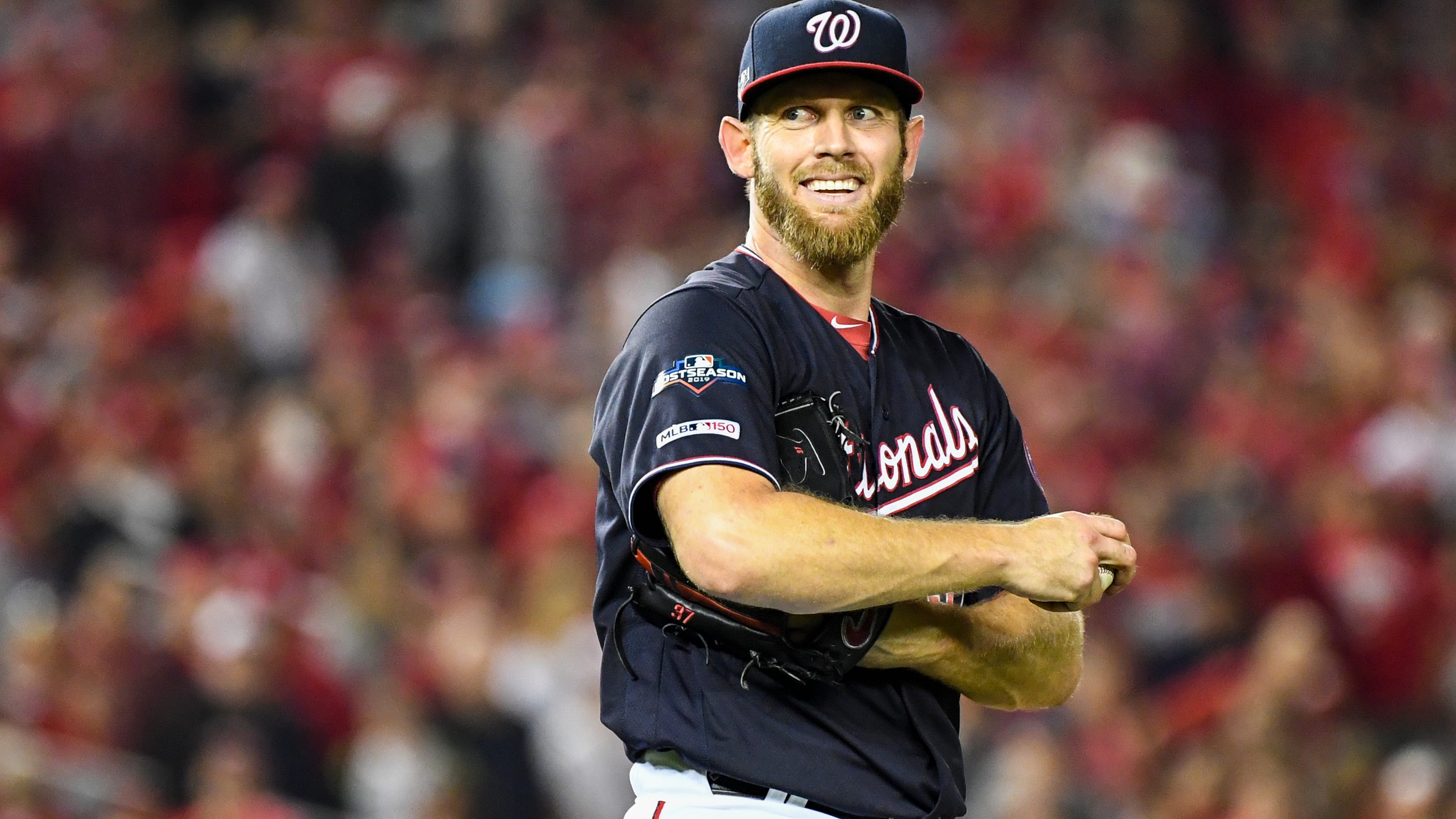 Earlier this offseason, we examined potential destinations for Strasburg. While a return to the Nationals has always seemed like the most likely outcome, the idea of him joining the San Diego Padres is one that has intrigued quite a few people.

With a full season from Fernando Tatis Jr. and a potential bounce-back from Manny Machado, there's some that think the Padres could contend for the postseason in 2020. They also have one of the game's elite closers in Kirby Yates, and the sport's top farm system, which could be used in multiple ways to bolster the major league roster. Signing Strasburg - who is from San Diego and played his college ball at San Diego State - to pair with Chris Paddack at the top of the team's rotation would go a long way in attempting to help the team reach the postseason for the first time since 2006.

All that said, The New York Post's Joel Sherman cast doubt on whether the Padres will make the financial commitment needed to land Strasburg in a recent appearance on "Hot Stove." MLB Trade Rumors projected that Strasburg will sign a six-year/$180 million deal this offseason. Between Machado and Eric Hosmer alone, the Padres have made $444 million in financial commitments the last two offseasons.

If the Nationals re-sign Strasburg, their offseason would be far from over. Third baseman Anthony Rendon, who finished third in National League MVP voting in 2019, is also a free agent.