Joe Buck, in my opinion, was awesome as the temporary guest host of "Jeopardy!", and I really have no negative things to say about his stint. In fact, I think he'd be a great choice for a permanent host now that the role could perhaps be up in the air once again, though I'd hate to remove him from his position as a sports announcer. In other words, I'm on the opposite end of the Joe Buck spectrum as James Holzhauer. 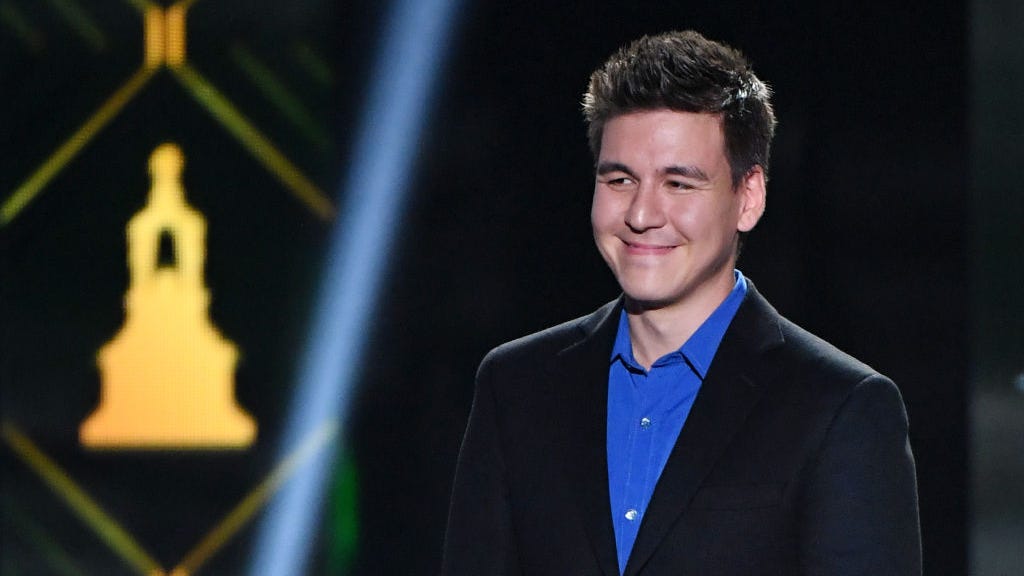 But there's another game show that I don't think I want to see Buck on again: "Family Feud." Perhaps he'd be a good host, though I think Steve Harvey does as good a job as anyone. But as a contestant? Yeesh. It was a competitive game between his team and his podcast co-host Oliver Hudson's team, and it all came down to one moment.

The survey? Name a woman in your life who's smarter than you. The answers? Your significant other, your mother, your sister and one more which he had to figure out. Buck's best guess? "Your best friend"... which was evidently not the answer that he, his wife, sister and two daughters had agreed on, and his family's reaction is just priceless.

But wait, there's more! As it turns out, the answer that the Buck team had initially agreed on — and the answer which Joe Buck simply failed to say — was "your boss." The answer that filled the final spot on the board was — you guessed it — "your boss." You can't script it any better than that.

He later took to Twitter to acknowledge the mishap, saying that it was actually his youngest daughter who came up with the "best friend" answer and that there was no real unanimous answer that came out of their huddle. It might just be me, but the TV reactions of his family said otherwise.

I don’t need a game show to tell me that! Hahaha. Always known. That’s why I brought em. We were gonna say teacher then that got an X. Our “consensus” was weak. I actually went with my youngest daughter’s answer. That’s tv! Wahhhhh. It was a blast. Thanks @FamilyFeudABC https://t.co/CFnYq3Fq2O

The Joe Buck family getting ready to murder Joe Buck on Family Feud is something else.

You can't script that kind of entertainment!

Welp. Back to sports we go, where Buck will almost certainly have fewer slip-ups than he did in his pressure-filled "Family Feud" moment.