With OTA's at full go for most teams across the NFL, including the 49ers, star-wideout Deebo Samuel remains absent from the Niners' voluntary workout sessions due to the 26-year-old receiver being unhappy with his role as a hybrid wide receiver/running back.

Head coach Kyle Shannahan ensured the media that the team would work things out with Samuel before the start of the season and now the GM made it known that he's on the same page as Shannahan.

During an event called the "Dwight Clark Legacy Series," John Lynch was asked by NBC Sports Bay Area's Matt Maiocco and Laura Britt about the current state of the Niners and if Samuel will be ready to go come Week 1. Lynch claimed he would "be a fool" to trade Samuel away.

.@MaioccoNBCS asks John Lynch if Deebo will be on the team this season 👀⬇️ pic.twitter.com/vv1lr1QKmE

Lynch's comment, as expected, drew immediate applause from the crowd. There was however some speculation ahead of the 2022 NFL Draft that Samuel would be traded but ended up still being a member of the 49ers after the event came and went.

If Samuel does play in the bay area this season, he is currently slated to make $3.986 million in base salary for the upcoming season -- the last year of his rookie deal. In his breakout year in 2021, Samuel recorded 1,770 yards from scrimmage — 1,405 receiving, 365 rushing — and 14 total touchdowns. 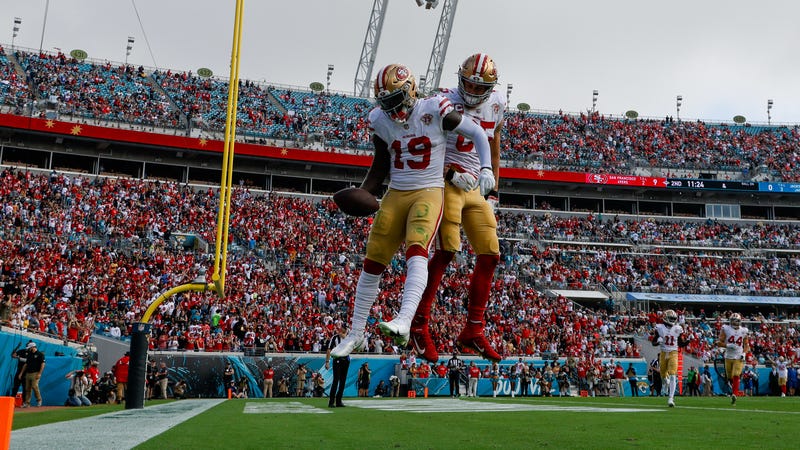