Steph Curry and the Golden State Warriors are only one game away from sweeping the Dallas Mavericks in the Western Conference Finals with the chance of heading to the NBA Finals for the sixth time in the Stephen Curry era.

With a trip to the NBA Finals seemingly being a lock for the Warriors, former NBA player and current ESPN analyst Kendrick Perkins said if Curry can find a way to win his fourth title along with the Finals MVP, he would have to be on the "Mount Rushmore" of all-time NBA greats, passing the legendary Magic Johnson as the best point guard in league history.

During Tuesday's edition of Get Up, Perkins listed his four "Mount Rushmore" players, naming usual suspects like Micheal Jordan, Kareem Abdul-Jabbar and LeBron James. However, Perk put the two-time league MVP above the Lakers great who by most people's take, is considered to be the greatest point guard to ever play in the NBA.

"When it comes down to Steph Curry, if he goes on to win another championship along with the Finals MVP, one it’s going to put him in the top 10 conversation of the greatest players of all time," Perkins said Tuesday morning on ESPN. "Two, it’s going to move him as the number one point going to ever play the game."

Perkins then dropped a very interesting note on one of Curry's career accomplishments. The eight-time All-Star is among only three other players in NBA history to have won multiple MVPs, multiple championships, and multiple scoring titles.

"I want you to think about this. Steph Curry, Michael Jordan, Kareem Abdul-Jabbar, and Wilt Chamberlain are the only players in NBA history to win multiple championships, multiple scoring titles, and multiple MVPs. Steph Curry would imprint and now be on the NBA Mount Rushmore."

"Forget the top-10 list, forget the greatest point guard of all time, he's going to be on the NBA Mount Rushmore. Period!" pic.twitter.com/Y6d1DnMfXJ

While some may think this is an absurd take, it's hard to disagree if Curry can in fact win his fourth NBA Championship. Currently sitting with a comfortable 3-0 lead against the Mavs heading into Game 4, it seems at the very least that the future Hall of Famer will get a shot at another ring. 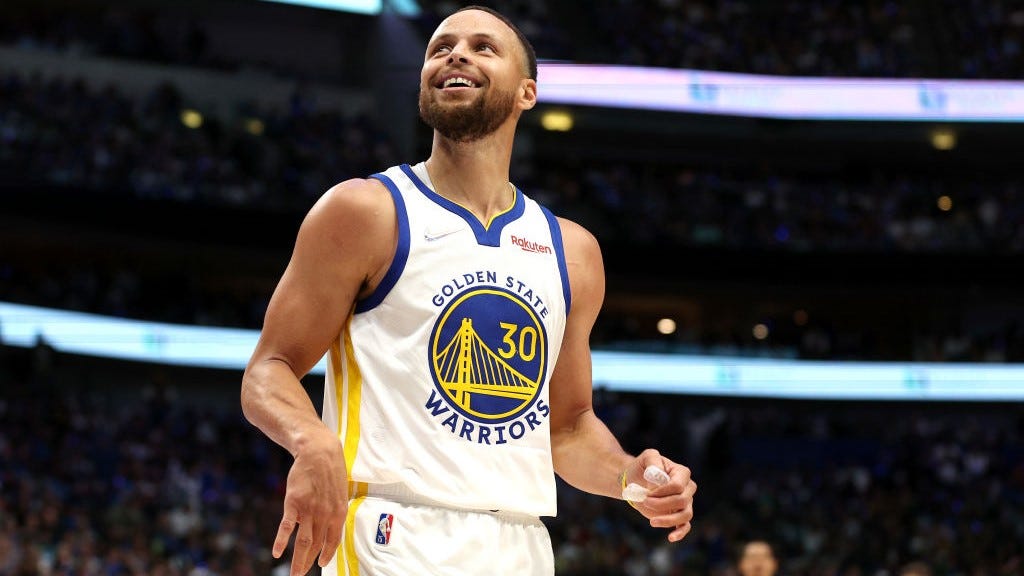