The Nets were a shoelace away from conquering the Milwaukee Bucks—who would go on to win the NBA championship—in last year’s Eastern Conference semifinals. Now they’re on life support with Shams Charania reporting Kevin Durant is “monitoring” Kyrie Irving’s upcoming free agency, keeping all options open as he ponders his future in Brooklyn.

Sources: Kevin Durant is monitoring the Brooklyn Nets’ situation and considering options with his future.

This now opens the path for Kyrie Irving to proceed on finding a new home via opt-in and trade.

That’s not all. According to NBA insider Adrian Wojnarowski of ESPN, Irving, whose contract negotiations with Brooklyn broke down earlier this week, would accept a sign-and-trade to the Lakers, Knicks, Clippers, Heat, Mavericks and 76ers, among other contenders. At present, none of those teams have the cap space to accommodate Irving, who would presumably command a max contract.

ESPN Sources: If Kyrie Irving can’t reach an agreement to stay with Brooklyn, he has a list of teams he’d like them to consider on sign-and-trades, including Lakers, Clippers, Knicks, Heat, Mavs and 76ers. None of those teams have cap space to sign him without Nets’ help.

Joining the Lakers would reunite Irving with his former Cavaliers teammate LeBron James, who he won a title with in 2016. The Sixers, of course, acquired James Harden at the trade deadline with Brooklyn receiving Ben Simmons, Seth Curry, Andre Drummond and a pair of first-round picks as compensation.

Irving missed most of last season due to New York’s vaccine mandate for COVID-19 (which was lifted in March), averaging 27.4 points, 5.8 assists and 4.4 rebounds per game in 29 appearances. Faced with a hostile crowd at TD Garden (where he played as a Boston Celtic for two seasons), a defiant Irving erupted for 39 points in Brooklyn’s playoff opener but was otherwise invisible against his former team, averaging 15.3 points on dismal 37.2-percent shooting the remainder of the series.

Despite his immense talent—Kendrick Perkins and Chauncey Billups have labeled him the most-skilled point guard of all-time—the 30-year-old has a habit of wearing out his welcome, alienating teammates and fans with his abrasive personality while eliciting eyerolls with his contrarian views on everything from Flat Earth conspiracy theories to modern science. Irving has also been injury-prone, missing a combined 123 games since his arrival in 2019.

If Irving departs Brooklyn in free agency and Durant seeks a trade elsewhere, it would represent the most humiliating failure of the “super team” era, winning a single playoff series over three frustrating seasons. For some teams, Irving won’t be worth the headache. But for others, particularly those hellbent on maximizing their title window, the polarizing point guard would be a fascinating reclamation project. 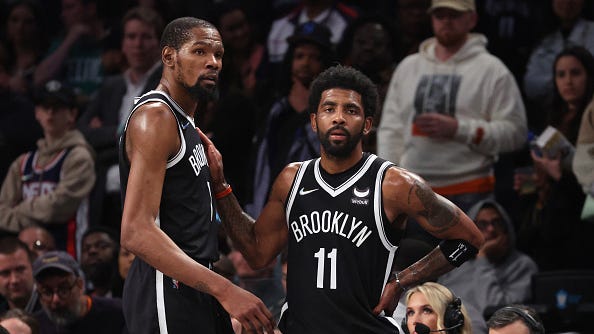 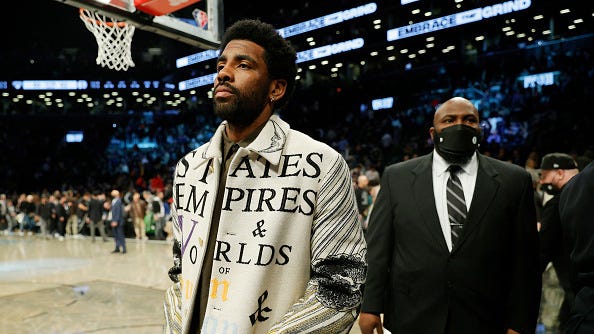 Kyrie Irving and Nets at impasse, Knicks could emerge as potential suitor: report