Bills veteran Matt Barkley is entering his 10th NFL season. Until Friday night, Barkley had never attempted a punt, spending his career as a scarcely-used insurance policy behind Pro Bowl quarterback Josh Allen. However, with Matt Araiza embroiled in a sexual assault controversy that could very well end his tenure with the team, the Bills, with no one else to turn to, assigned punting duties to Barkley in their preseason finale at Carolina.

Though it couldn't have come under worse circumstances, Barkley was surprisingly effective in his punting debut, averaging a respectable 40 yards per punt, including this 53-yard missile to pin the Panthers deep inside their own territory.

Matt Barkley with the 53-yard punt. The QB has found a backup plan
pic.twitter.com/8UPSSX20Dr

The Bills, who have known of Araiza’s rape allegation since at least July 30th (he and two of his former San Diego State teammates were named in a civil lawsuit filed earlier this week), could have avoided this debacle by simply retaining Matt Haack, their punter for all 17 games in 2021. Instead, the Bills released him ahead of Tuesday’s roster cutdown, with Haack later resurfacing in Indianapolis.

Despite traveling with the team, Araiza didn’t dress for Friday night’s game, a decision made hours before kickoff. The Bills, who claimed they were unaware Araiza was planning to release a statement through his agent Joe Linta, have been widely criticized for their handling of an admittedly difficult situation, particularly their insistence that a “thorough investigation” was conducted, which seems unlikely considering the team never reached out to the alleged victim. A visibly distressed Sean McDermott addressed reporters after the game, largely deflecting questions about Araiza while maintaining he and the team are taking the allegations “very seriously.”

Sean McDermott wouldn't go into a whole lot of detail regarding the Matt Araiza situation.

However, seeing his face while talking about it was the most telling part of a nearly 10 minute Q&A down here in Charlotte.#Bills pic.twitter.com/zyi9ntBf9E

Nicknamed the “Punt God,” Araiza was a unanimous All-American last fall, declaring for the draft a year early after averaging an NCAA record 51.2 yards per punt with a long of 86 yards in a win over San Jose State. Barkley, who completed 9-of-13 passes for 100 yards in a losing effort Friday night, performed admirably in place of Araiza, though obviously he's not a long-term solution. With only 12 days until their season opener September 8th in Los Angeles, the Bills will have to address their punter situation in the very near future, determining whether Araiza, for all his talent, is worth the distraction and negative PR that his scandal is sure to bring. 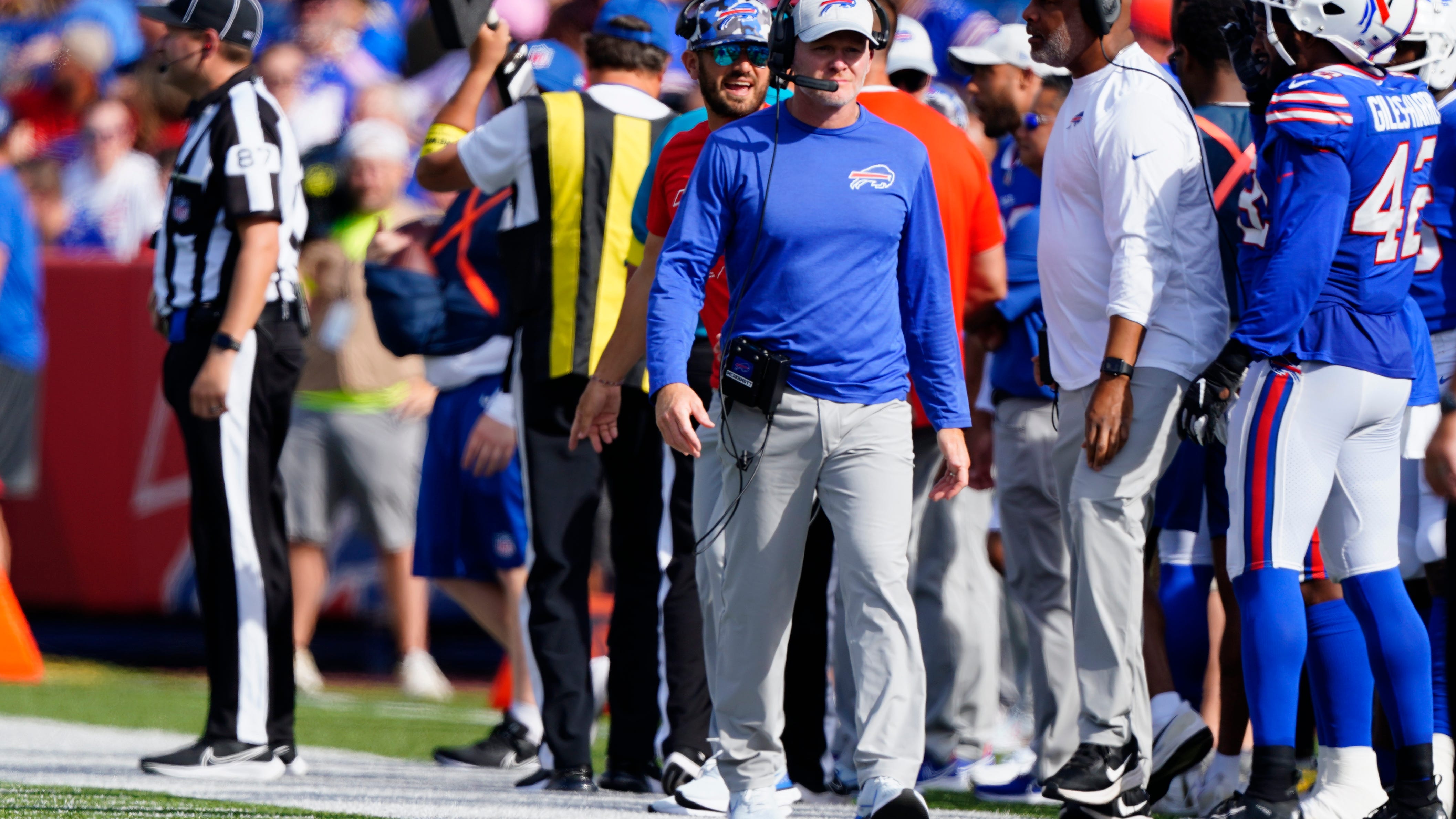 LISTEN: McDermott: It's not a situation that I or we take lightly whatsoever 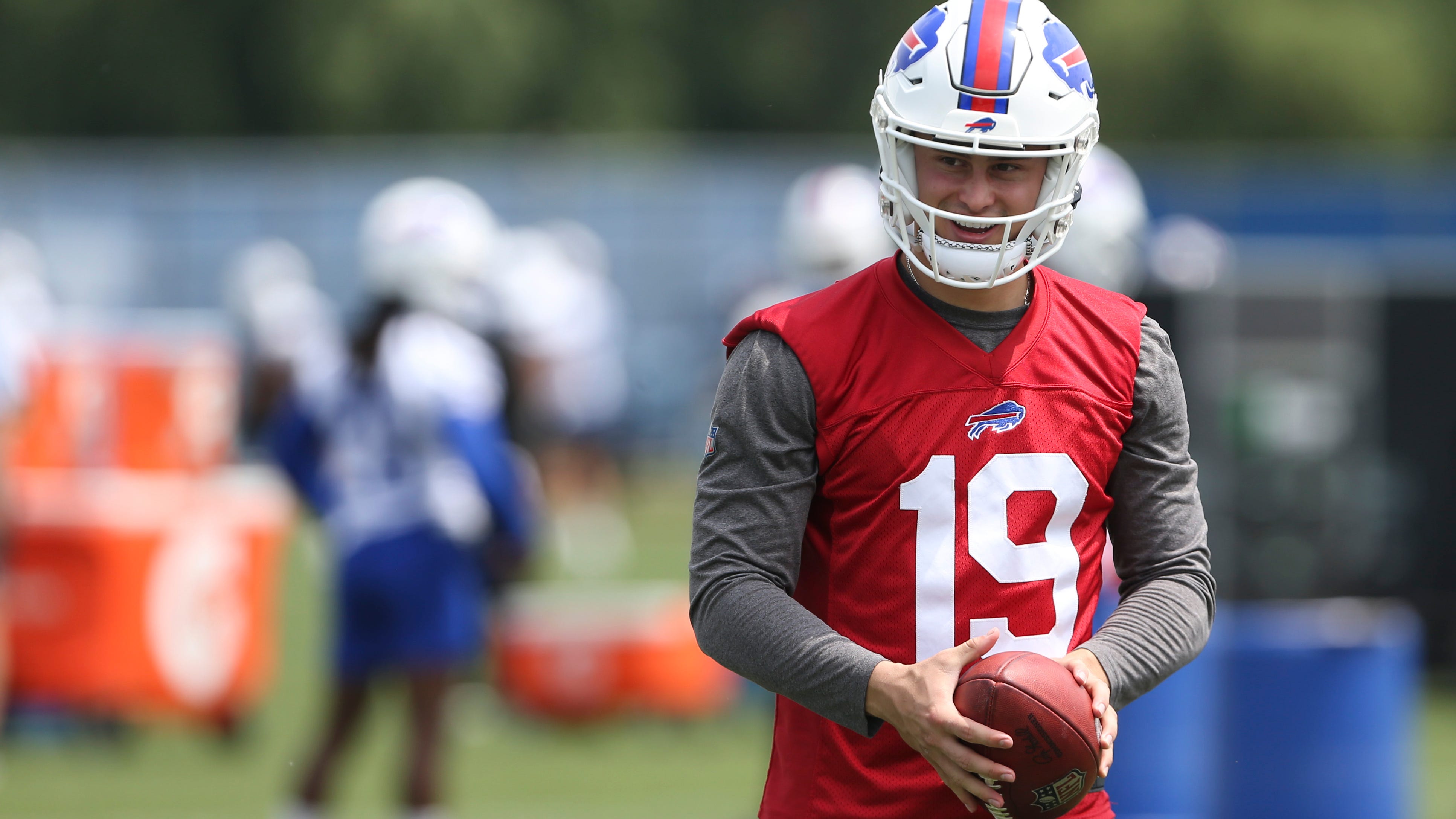