If the New York Mets put a competitive offer in front of Brandon Nimmo this winter, it sounds as though he'll sprint to sign it.

Set to become a free agent this offseason, Nimmo says that the Mets informed him during the All-Star Break that while they don't yet have an offer to keep him in Queens, he should expect one this offseason.

"They are very interested in me being a Met after this year, but they are going to leave that talk until after the season," Nimmo told Mike Puma of The New York Post Saturday. "I think that is great for both of us. Quite honestly I am only worried about winning right now. I don’t know where that will lead, but I know they are interested in it and they have expressed that from Buck [Showalter] to the front office. I am very appreciative of that."

While all the attention is focused on another New York outfielder that could become a free agent this winter, Nimmo would be one of the better position players available if he were to reach the free-agent market. Typically, Scott Boras clients -- which Nimmo is -- test free agency, even if they don't end up switching teams.

In a league without a ton of needle movers at his position, Nimmo has five outs above average in center field. He's also an excellent leadoff option, as evidenced by his .383 career on-base percentage. Those qualities would make the 29-year-old coveted on the open market, perhaps even by the division-rival Philadelphia Phillies.

One bargaining chip that Billy Eppler and Buck Showalter may have in negotiations -- beyond, of course, Steve Cohen's money -- is the possibility of naming Nimmo the captain of the Mets, a position that's been vacant since David Wright retired at the end of the 2018 season.

"[The captaincy] is something I haven’t really thought about before, but it would be awesome," Nimmo added. "It would be really special, but there are so many guys on this team that lead by example and it’s hard for me to say you put that on one guy. You see Pete [Alonso], you see Starling [Marte], you see Max [Scherzer]. I would like to think I am a part of that."

At least for a couple more months, Nimmo is a major part of a Mets team that's 63-37, the top mark in the NL East. Whether this is his final season with the Mets or he signs a long-term deal with the franchise, Nimmo may never get a better opportunity to win a championship than the one he has in front of him. 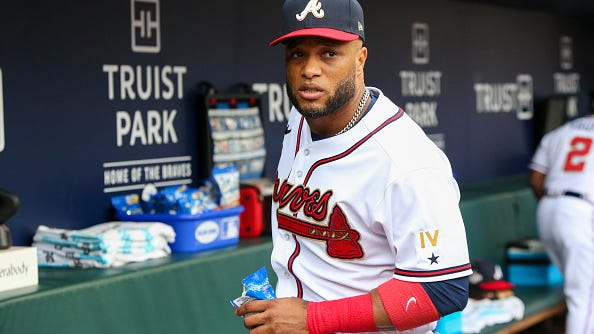