Like it or not, Urban Meyer is back in our lives and, thanks to his new podcast endeavor with Tim May (a former Ohio State beat writer for the Columbus Dispatch), you’re going to hear a lot from him this fall. Meyer, who recently accepted a studio position at Fox Sports (returning to the analyst desk he manned from 2019-20), had plenty to say in Wednesday’s debut episode of Urban’s Take, touching on the latest developments in conference realignment with USC and UCLA both headed to the Big Ten in 2024.

Without a Los Angeles market, the Pac-12’s future could be in flux with speculation the conference will either dissolve or be absorbed by the Big 12. Meyer understands why UCLA and USC would bolt to the Big Ten, expanding their recruiting reach by moving their operations east. Still, Meyer can’t help but harken back to a simpler time when the Pac-12 was a football juggernaut loaded with marquee schools and coaches with championship pedigree.

“There was a time when USC was at the pinnacle of college football with Pete Carroll. There was the Larry Smith Era when they won the Rose Bowl over and over again. You had Terry Donahue at UCLA,” recalls Meyer, a three-time National Champion at Florida and Ohio State. “The Pac-12 was strong. Washington won a championship. Arizona State was always tough. Cal was tough. Obviously, Oregon had an incredible run.”

The three-pronged attack of NILs, the transfer portal and an explosion of television dollars have irreversibly changed college sports, turning the NCAA into a glorified minor league. Proponents of NIL would argue this was long overdue, a needed change after years of unfairly exploiting student athletes. Others would say the NCAA sold out, throwing away decades of tradition in pursuit of unprecedented wealth and power. Of course, cynics would argue this was always happening behind closed doors, whether we wanted to believe it or not.

“I don’t know what the future holds,” said Meyer, lamenting college football’s loss of innocence. “That was a little shocking. There is no loyalty, this is all fight for yourself, and I get it. Money makes the world go round, and right now, that’s what's driving all these decisions.”

Though he’s not wrong, Meyer’s use of “loyalty” is more than a little ironic given his track record of leaving major programs in shambles, only to emerge from the wreckage unscathed. Meyer’s penance for running the Jaguars into the ground was a cushy gig at Fox, earning a generous sum for working only a few hours a week.

“I do believe it makes a lot of sense recruiting-wise,” said Meyer, acknowledging that USC and UCLA both occupy crucial real estate, bringing the Big Ten closer to its goal of becoming a national brand. “When you talk about college football, it starts with recruiting and it ends with recruiting. California has such good players. Ohio State and the Wolverines have gone into California recruiting a little bit. Now it kind of opens the floodgates a little bit. I’m not sure how much UCLA and USC will come out east recruiting. They will a little bit. But there are so many players out west, I just see the Big Ten hitting California a little harder now.”

Meyer was rumored to be a candidate for USC’s coaching vacancy last fall, even before the Jaguars fired him. Instead, the Trojans poached Lincoln Riley (who had also been linked to LSU) from Oklahoma in a move that sent shockwaves through college football. 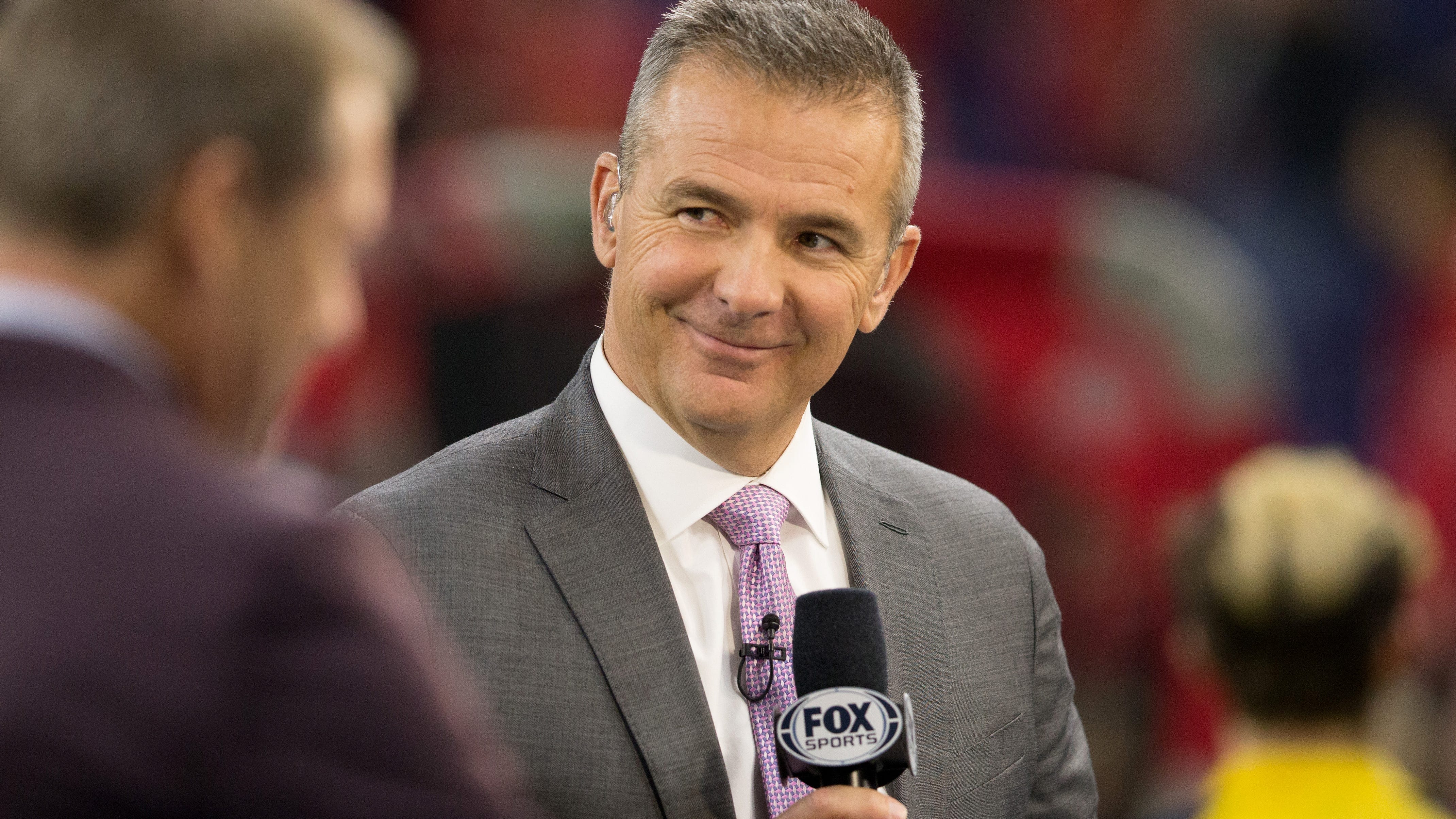