Whereas the first of two Final Four showdowns on Saturday night proved to be a bit of a clunker, with Baylor leading Houston by 25 points at the end of the first half and ultimately winning by 19, the second contest was anything but. The lead seesawed between Gonzaga and UCLA, with just a single point separating the two teams at the end of the first half and constant back-and-forth action all throughout the remaining time in regulation. With every passing minute, the play intensified, leading up to the biggest charge call we may ever see.

With four fouls and the game on the line, Drew Timme draws the world’s craftiest charge to send it to OT. Clutch 👏 pic.twitter.com/KhB66gG8lZ

And that was just the start of the drama. Overtime was pure basketball goodness, capped off by an absolutely miraculous heave to not only seal the game but also take Gonzaga one more step toward perfection.

Nantz acknowledged that there are some other epic showdowns he can't vouch for considering they were before his time, such as the 1957 National Championship between the North Carolina Tar Heels and Wilt Chamberlain's Kansas Jayhawks which went all the way to triple overtime before UNC finally pulled out a victory. But in terms of modern college basketball games, Nantz thinks it might just hold the top spot, beating another game to which it drew immediate comparisons.

"I will give you that Christian's shot had everything riding on it because Duke was down a point when he took it... listen, it's hard to come up with anything that you can say was better than that."

Nantz also mentioned the controversial charge call as a fundamental component that made the game so memorable, where one referees' call — one that ultimately received a lot of support from fans watching the game as the correct call — potentially determined the outcome.

"...If he calls that a block call, you're sending Juzang to the line with seven-tenths of a second left to go and make one free throw. UCLA's gonna be in the championship game, and they called it a charge," Nantz said. "So the game, the split-second difference here and there is just amazing and I'm just so happy to have been able to share it with Grant [Hill] and Raft (Bill Raftery).

"...We were talking at the same time, which is okay. I mean, it's a moment, you can't script it! I was proud to be able to set it up that Gonzaga had time to do something and for the win, and then we all reacted the way we should.

"And again, it's not maybe classical, standalone play-by-play guy, [but] I wouldn't want it that way."

If Monday night's National Championship is even half of the game that Gonzaga-UCLA was, we're in for a treat. 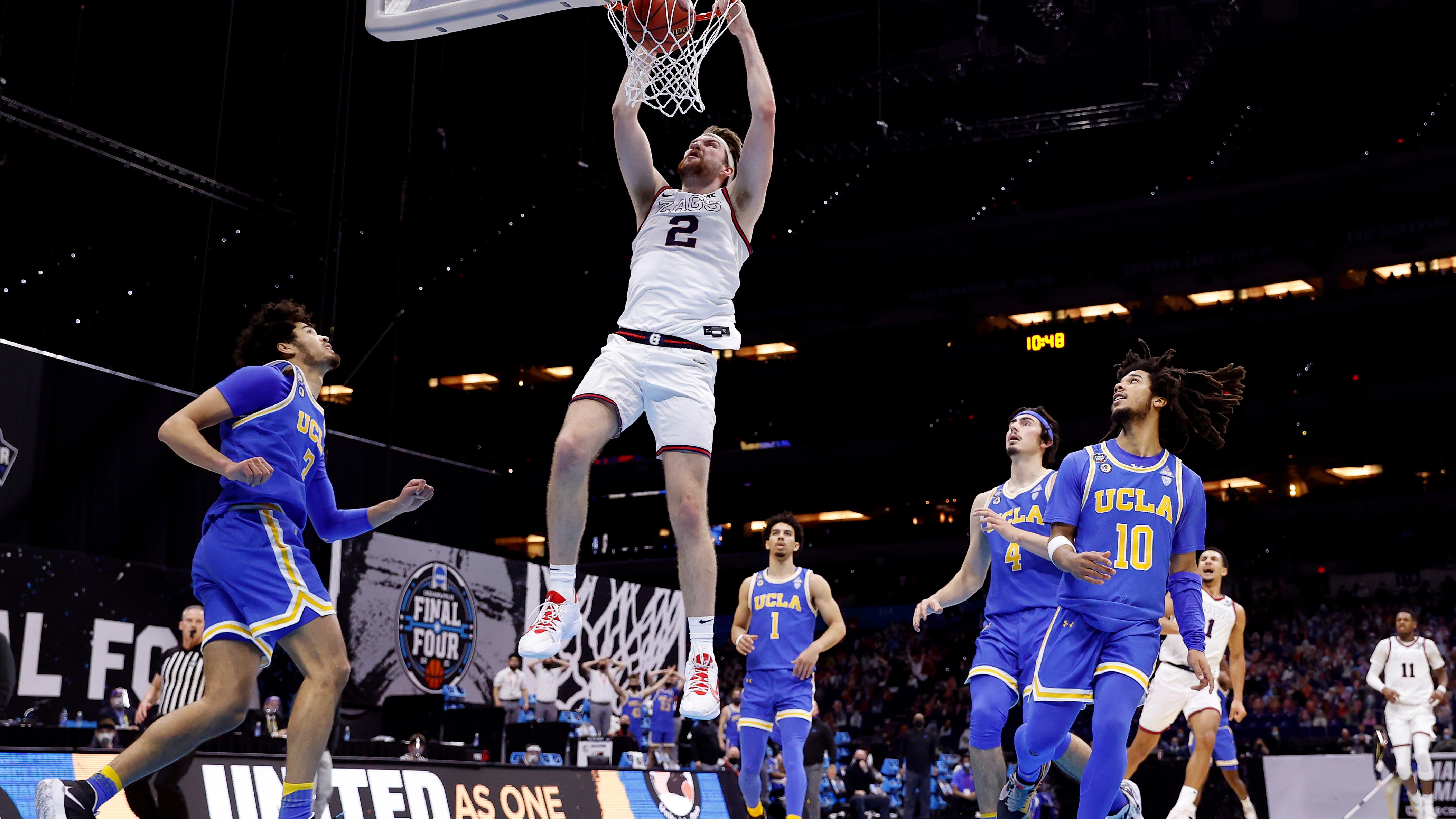